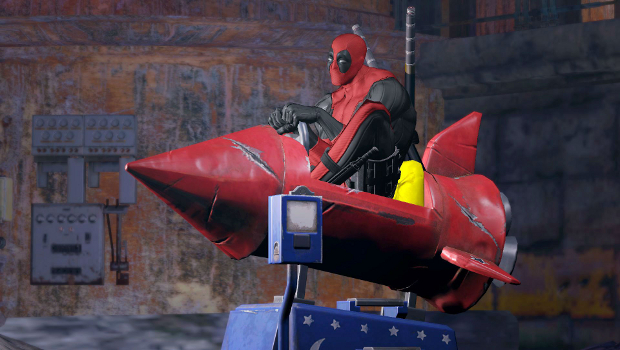 But still so very awesome

If you’re like me, then your most anticipated comic book-related videogame event of the year is none other than Deadpool: The Game. Making us even more excited is the latest trailer called The Game’s Juvenile But Awesome that dropped today. This is the first really good, long look we’ve had of the game, and I’ll just say this right up front: it doesn’t disappoint.

Deadpool starts describing a dark and atmospheric scenario, then comes to the conclusion that that’s lame as hell. This is when he cuts to an insane montage of himself shooting the sh*t out of everything and giving us a glimpse of his huge wall of guns. Does this mean there will be tons to unlock? Between all that, there’s even a shot of Deadpool feeling Cable’s… “man bazookas.” I’ll let just let that sit there.

Daniel Way is known for his run of the character being very hit and miss. I sincerely hope the game ends up being more hit than miss, and from what I’ve seen of the couple short trailers, that looks to be the case. But only time will tell come this Summer.