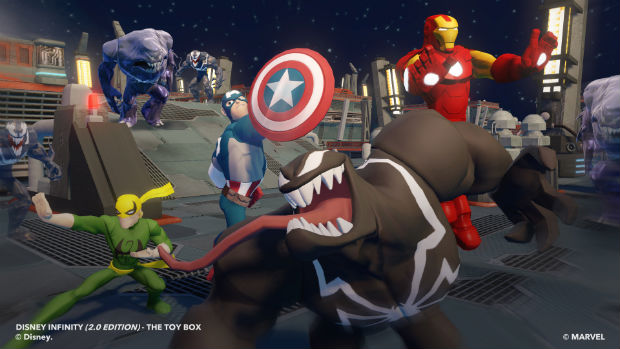 Later this month, Disney Infinity 2.0 will launch, allowing you to buy the core pack for $74.99. This will include a base, three figures, two extra Toy Boy levels, and an Avengers Play Set.

But a ton of you out there already own the base and a number of figures, so you may not necessarily want to spring for a full set just yet. Thankfully, later this year (November 4th) the Toy Box mode will drop as a separate download. It starts at $19.99 in price, and will arrive on the PS3, PS4, Xbox 360, and Wii U platforms.

For those of you who aren’t aware, any toy can be used in Toy Box mode, so if you have a ton of extra figures and aren’t all that interested in Marvel, you should take a look at this deal instead.