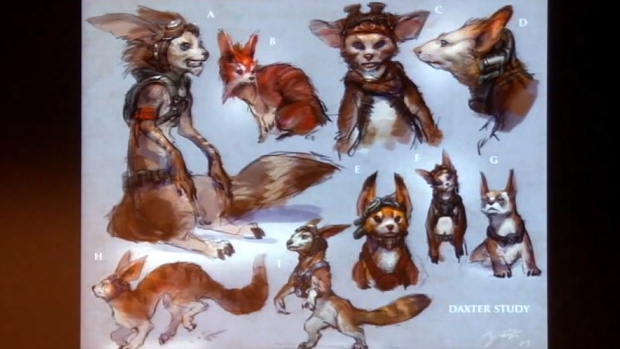 Then they didn’t, thankfully

A new Jak and Daxter game almost happened, courtesy of the team that gave us the excellent, The Last of Us. When the team formed, Last of Us writer and co-director Neil Druckmann explained as part of the IGDA Toronto 2013 keynote, it began hashing out a reboot for the Jak and Daxter series until the ideas the team was passionate about began straying too far from the property.

“We found the ideas we were passionate about were kind of getting away from what Jak and Daxter was and we were questioning, ‘Are we doing this for marketing reasons and naming something Jak and Daxter when it’s not really Jak and Daxter?” Druckmann said.

We felt like we weren’t doing service to what the fans of this franchise really liked. … So we went to our boss and said, ‘Do we have to do this?’ And he said, ‘No. I thought it would just be easier for you guys if you started with something, but if you want to do something else, come up with something else.’

Sorry Jak and Daxter fans. By which I mean I’m not sorry at all because The Last of Us was very, very good and you all probably would’ve been as upset about the reboot as DmC haters. Also, can we take a minute to admire how lovely of a company Naughty Dog seems, what with its employees not wanting to disappoint a fanbase and its bosses being lenient enough to allow them to do something totally different. Can you walk up to your boss and ask to do something entirely different?