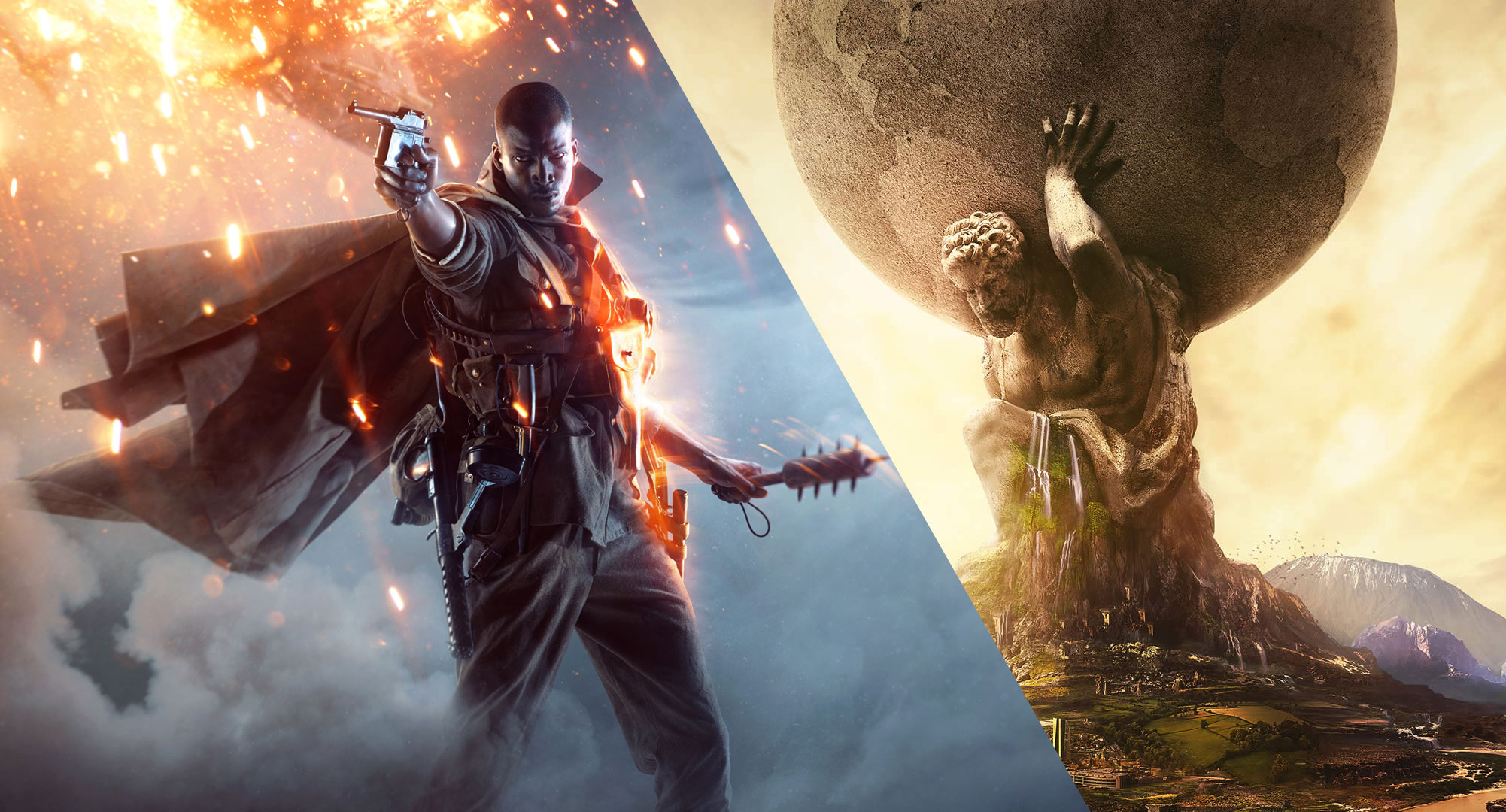 Update: Both titles are now live! Latest deal and pricing below.

Going live in a few hours are two of the biggest titles of the year in two completely different genres: EA/DICE’s Battlefield 1 and 2K/Firaxis’ Civilization VI. Both games are looking good (thus far) in the reviews and preview departments. We suspect most hardcore fans have probably already finished pre-loading and are simply waiting for the clock to strike zero.

If you’re still on the fence and you’re on the hunt for last-minute savings before release on either Battlefield 1 or Civilization VI, there are still three deals available — a far cry from a month or two ago when we had multiple offers from multiple retailers.

For the Xbox One copy of Battlefield 1, just make sure you select the digital copy before adding to cart — if you order before midnight, you’ll still receive the $10 gift card bonus. (You can also pick physical edition but at this point if you want to play at midnight, you may as well go digital.)

Both titles have had their pre-order discounts shaved in recent months. For example, Civilization VI was 24% about three weeks ago. Then the discount disappeared for about a week until it returned at 20% off. Now the discount is only 15% off. Previously we are usually pretty confident that a deal will last through its release week, particularly for PC digital titles. But lately this hasn’t been the case for certain games from select publishers — and Civilization VI is one such title.

On the Battlefield 1 side, the same situation also applies. The biggest discount during pre-order phase was 26% off as early as this month. Then the deal got reduced to 23% off, and is now finally a “mere” 20% off.

If you’re not interested in playing anywhere near day one, you can ignore all the price movement we mentioned above and simply wait one to two months for attractive discounts to reappear — after all, the holiday seasons are quickly approaching. Even if Steam/Origin copies won’t be on sale, you can be sure retailers will be discounting the “physical” copies to draw eyeballs.

For those wanting to play tonight or in the near future, we think the deals above are as good as it’ll get from a legitimate retailer.