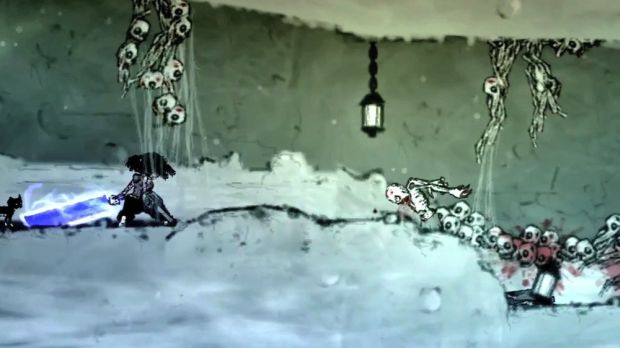 The Dishwasher: Vampire Smile features a new playable character named Yuki. She may be missing an arm, but that doesn’t stop her from being a total badass as she can equip various weapons onto her stub. Yuki also makes use of a giant sword that has a pretty powerful charge attack, shown off in the above video.

This is where you come in, Dtoiders. Yuki’s charge attack doesn’t have a name and developer Ska Studios is looking to you to give it one. Watch the video and leave a comment below with what you think the attack should be called. It’s that easy!

Once the contest closes on June 6 at 11:59PM CDT, Ska Studios will look through all of the entries and pick out the best name for Yuki’s charge attack. The grand prize winner will also have their name appear in the game’s credit, receive an autographed bottle of Fervor Shine! dishwashing liquid, a Vampire Smile t-shirt and a Ska Studios guitar pick. Contest is open to US residents only.