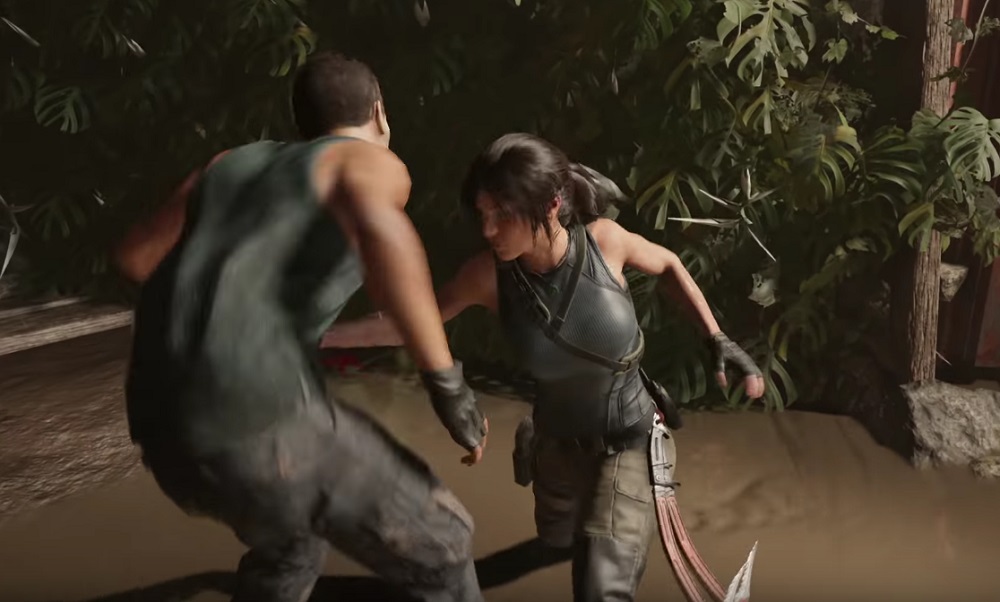 Square Enix’ Shadow of the Tomb Raider is a little over a month away now, with the publisher continuing to put out trailers to build the excitement for the third coming of rampant killing machine Lara Croft.

A short new preview has been released showcasing Croft’s new jungle assault abilities. Watch as the intrepid adventure rips out throats, stabs stomachs and lynches would-be assailants with well placed shots from her trusty bow, before creepily slinking back into the undergrowth – like Homer Simpson retreating into that hedge.

Shadow of the Tomb Raider is designed in such a way that the jungle itself is a part of Lara’s arsenal. Darkened tree-tops, thick undergrowth, and muddy bogs will all provide useful camouflage from which the young adventurer can strike. Basically, she’s The Predator now.

Fortunately, previously released videos have shown that Croft will find time during her mass-murder spree to go tomb raiding, so we don’t have to rebrand the series “Merc Killer” just yet. Shadow of the Tomb Raider launches on PS4, Xbox One and PC on September 14.