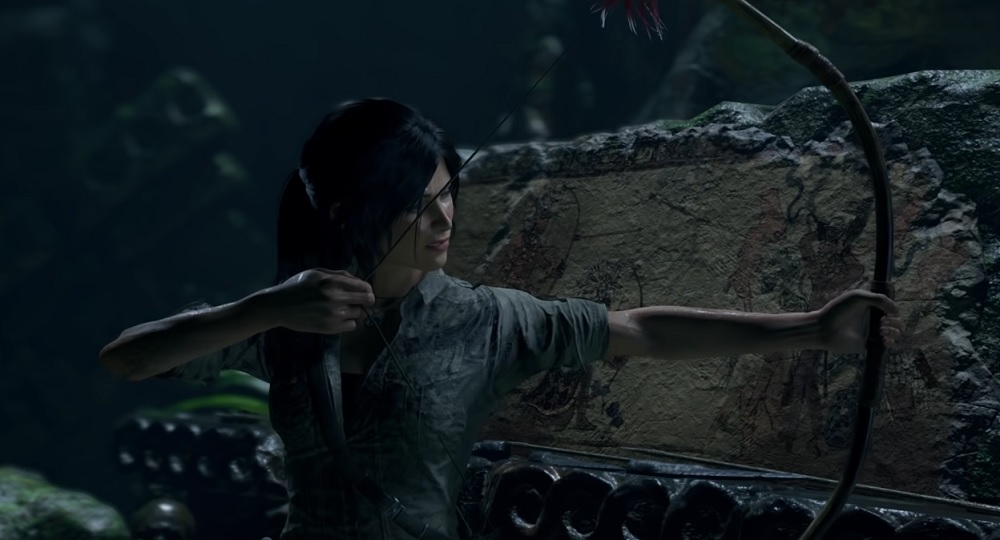 When our favourite Tomb Raider Lara Croft isn’t popping out of the undergrowth to stab a few folks in the head, her second favourite tactic is to take them from afar, either with a beautifully-placed and silent strike from her homemade bow, or just letting rip with a fully-automatic machine gun. Whatever works, I guess.

This latest in a series of trailers from Square Enix, designed to showcase Ms. Croft’s survival skills, focuses on her arsenal of weaponry, which will be needed in to annihilate the many mercs who stand in her path if she is ever to prove herself the best archaeologist.

Titled “Makeshift Arsenal” the short video shows Lara in action with some of the clever, MacGuyver style weaponry she has put together from bits and bobs she has found in the jungle. These include as bottle-based bombs, a bow-and-arrow crafted from tree branches, a 12 gauge shotgun and a grenade-mounted assault rifle. “Makeshift”.

We won’t have long to wait before we can guide our gal through the environment once more, as Shadow of the Tomb Raider launches on PS4, PC and Xbox One September 14.