For the past 48 hours, I have been completely enthralled in the world of Tomb Raider. Explosions, gun-fights, stealthy takedowns, weapon upgrading, and shooting defenseless bunnies has characterized my adventure, one that has been a complete roller coaster ride from beginning to end. With cut scenes as dramatic as any action movie, epic battles against religious crazies, and sprawling environments ripe for exploring, I could barely tear myself away from Crystal Dynamics and Square Enix’s masterpiece.

Such enthusiasm comes at a cost however, completing the game far too quickly is the price I pay. I just recently beat Tomb Raider’s main story and while it was one crazy ride that I thoroughly enjoyed, I was a bit troubled by the concluding sentiments. Players are left with a simple phrase, “A survivor is born.” Upon reading those words, I became upset. After all Lara Croft has been through, all that she has accomplished in order to save her friends and escape the ill-fated island, the label that she is granted is survivor? In my mind, Lara’s exploits present her in a different light, as a hero. 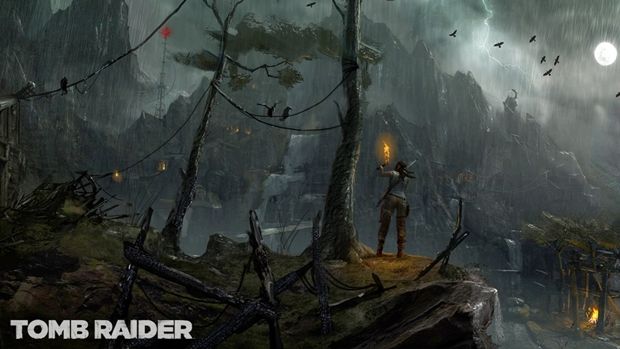 This Tomb Raider reboot serves a unique purpose: not to further the image of a gaming icon, but to explore the origins of how she became a legend. A theme is carried throughout the narrative as a transition from innocence to maturity. Naivety fades in the midst of hardship, and she is forced to bear a burden of life or death proportions. It was Lara’s idea to enter the Dragon’s Triangle in pursuit of archeological discovery, an area infamous for sinking ships, and it is her responsibility to save her crewmates from certain disaster.  The game hits the nail on the head in this regard, showcasing a completely different Lara before and after the experience; one driven by blind ambition and the other hardened by the weight of survival.

Despite successfully presenting a thematic rite of passage, I would argue that the Lara Croft who emerges from the catastrophe is beyond a survivor. She is a warrior, a leader, and a hero. Lara actively pursues her foes from forest to mountain to hidden temple and successfully discovers the secrets of the lost kingdom of Yamatai. Even when seemingly perfect plans of escape crumble under misfortune, she remains determined and adapts to the circumstances whether it requires her to climb atop a frozen radio tower or traverse the depths of a derelict ship.

For those who have yet to experience the game for yourself, let me grant you a brief preview. Lara Croft goes through absolute hell. Pushed to the brink of mental and physical exhaustion, the once inexperienced explorer is tested under the most extreme conditions. Impaled, strangled, stabbed, burnt, shot, pistol-whipped, and sliced are just a few of the inflictions that Lara endures. The physical wounds will heal as scars of remembrance, but the psychological toll is undoubtedly a harder pill to swallow. Lara is forced to make sacrifices for the greater good, to select choices when no appealing option is present. She is the picture of fortitude but her resilience is not the only aspect that makes her noteworthy. 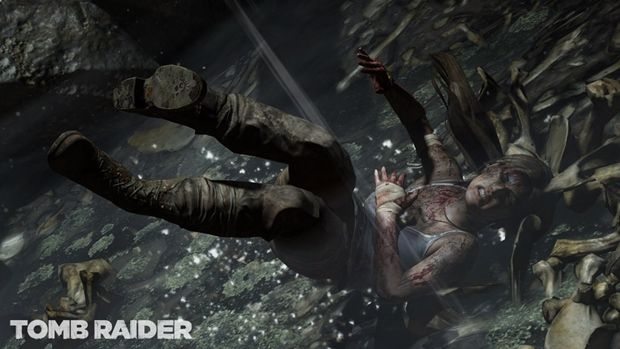 She doesn’t just survive the ordeal; she charges it head-on and shoots it in the face.

Channeling the anguish from the journey, Lara evolves into a true fighter. Any who cross her path are incapacitated without a second thought. Despite what seems like a constant flow of hindrances, challenges, and confrontations, she tackles each trial and thwarts almost certain death time and time again. Lara Croft has always exemplified the badass category, but now she owns it. Ferocity becomes second nature in a landscape riddled with danger in the form of wild animals, samurai warriors, and unpredictable terrain.

As heroes often represent the perfect models of humanity, the best and the brightest of us all, Lara Croft adheres to the standard perfectly. She is amazingly resourceful, fashioning life-saving devices out of discarded remains, determined, physically and mentally strong, adaptable, and intelligent; not to mention notably attractive. While her initial goal may begin as a primal urge to live, it evolves into a much more complicated objective; one driven by altruism and duty. Escaping isn’t enough, the madness surrounding the resurrection of the omnipotent Sun Queen must be ended. Being a survivor is just the tip of the iceberg for Lara.

While the term in question is technically applicable to the protagonist, it only scrapes the surface of her newfound strength. The transformation from ambitious explorer into the self-reliant, powerful Lara Croft is a revolution on every level. Rescue from this particular adventure is only the beginning of her story. Returning home to live as a regular woman, is not the life that Lara Croft will pursue and fittingly so. After facing such adversity, normalcy is a luxury that she can no longer find solace in and as we know from the franchise, she’ll continue to co-mingle with danger for years to come. 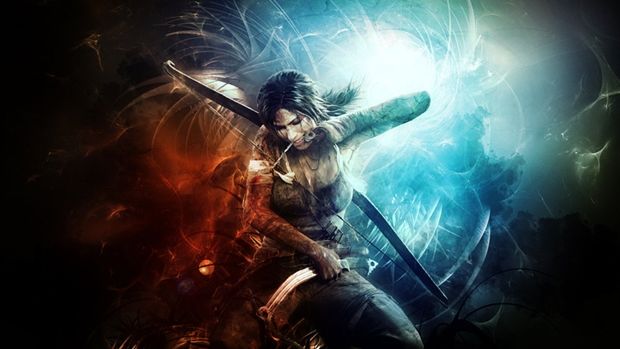 Lara Croft is a survivor, but she is also a savior, a warrior, a leader, and a hero.

Tomb Raider serves as an origin story but she has never been a damsel in distress. Staying alive was not the gift of coincidence or happenstance. Lady luck was undoubtedly on her side, but Lara continued to proactively fight throughout the entire ordeal. Perhaps this is a connotative dilemma spurred by personal meanings associated with the word, my definition of survivor may be different to yours for example, but I wholeheartedly believe that the, “A survivor is born” slogan does not do the game or Lara Croft as a character justice.