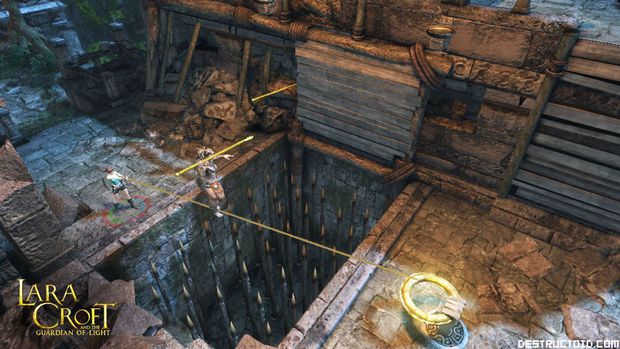 As a fan of what Crystal Dynamics was doing with the Tomb Raider series, I must say I was a bit miffed when I first read about Lara Croft and the Guardian of Light. To tell the truth, I am still a bit concerned about it, but none other than Nick Chester himself has high hopes for it, so I have latched my wagon to his and we are on the high hopes train.

The trailer above brings new hopes by detailing the upgradable weapons system used in the game. It’s good to see that collecting random artifacts will actually net you something more than bonuses and extras this time around, and the gameplay does look pretty darn exciting. I will admit that the co-op does look like it could be really fun, though I hope the shooting takes a back seat to the puzzling overall.

I’m looking forward to giving this a spin, but to tell the truth I’d still rather have the next full-fledged Tomb Raider game in my hands.