Later this summer, Sony Online Entertainment is introducing its first paid add-on for DC Universe Online, the Green Lantern-centric “Fight for the Light.”

This new content will allow DC Universe Online players to enter the Green Lantern Corp or evil Sinestro Corp as a reservist member, and give them the ability to wield a new set of powers. “Fight For the Light” also brings with it fresh scenarios, some of which will help pull together narrative that’s already been introduced with the game’s currently available content.

Last week, we had a chance to speak with DC Universe Online creative director Jens Andersen to get the lowdown on the upcoming content. 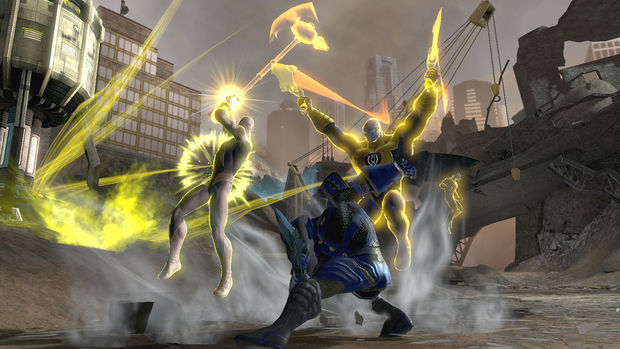 “The constructs in the game are really cool,” Andersen gushed over the phone about the new gameplay the Lantern powers brings to the table.

“It actually plays very differently than the rest of the powers in the game” he continued. “So rather than just sort of unlocking a power — a new ability like you would [with] fire or ice or sorcery in our game, you have to select constructs.”

As you make progress with your character, new constructs will unlock, each of which will have its own set of combos, moves, and super abilities. One example he gives is a knockback ability which generates a massive drill that pushes enemies backwards. This ability can easily be chained into another construct that you’ve collected, say a chainsaw construct, for example. 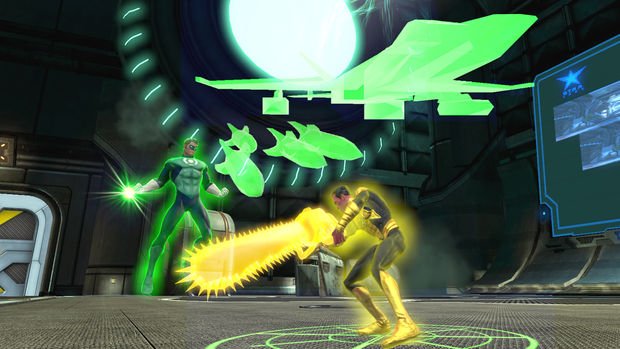 These new light powers don’t replace current battle styles and abilities, like wielding a bow staff or martial arts. Instead, it’s just another layer added to your combat.

“Let’s face it, Hal [Jordan, one of the most well-known Lanterns] does cool stuff with his ring as a super power,” Andersen said. “But pretty much he punches folks… a lot.”

Fans of the Green Lantern mythos will welcome the new scenarios, which take players to familiar areas and battle against (or with) recognizable faces. One scenario will find players diving deep into S.T.A.R. Labs, where Brainiac toys with an experimental device that will allow him to harness the power behind the Lantern rings. Another has players facing off against the Red Lantern Corp, as they use their rage to destroy Coast City, home of Hal Jordan. There’s even the opportunity to visit the home planet of the Green Lantern Corp, Oa, to stop a prison break that threatens to unleash the Corp’s most fearsome villains. 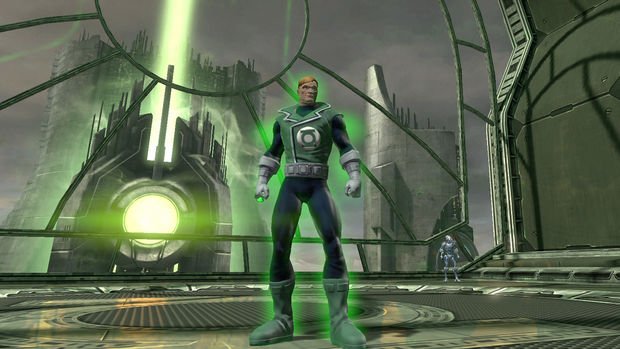 “Fight for the Light” will be DC Universe Online‘s first paid add-on, at the price of $9.99. This falls in line with SOE’s plans to release regular downloadable content packs versus the more traditional MMO model of the annual expansion. This doesn’t mean that the publisher plans to stop the regular, free update content it’s already been offering to players.

“We wanted to make sure that people understood that we’re still providing content for the normal updates,” Andersen told us. The fourth free content update, which features players battling against (or for) Brainiac at Superman’s Fortress of Solitude, is set for release this summer.

Fans will have their first chance to check out DC Universe Online‘s new Lantern powers at Comic-Con this month, where SOE will have the content playable.