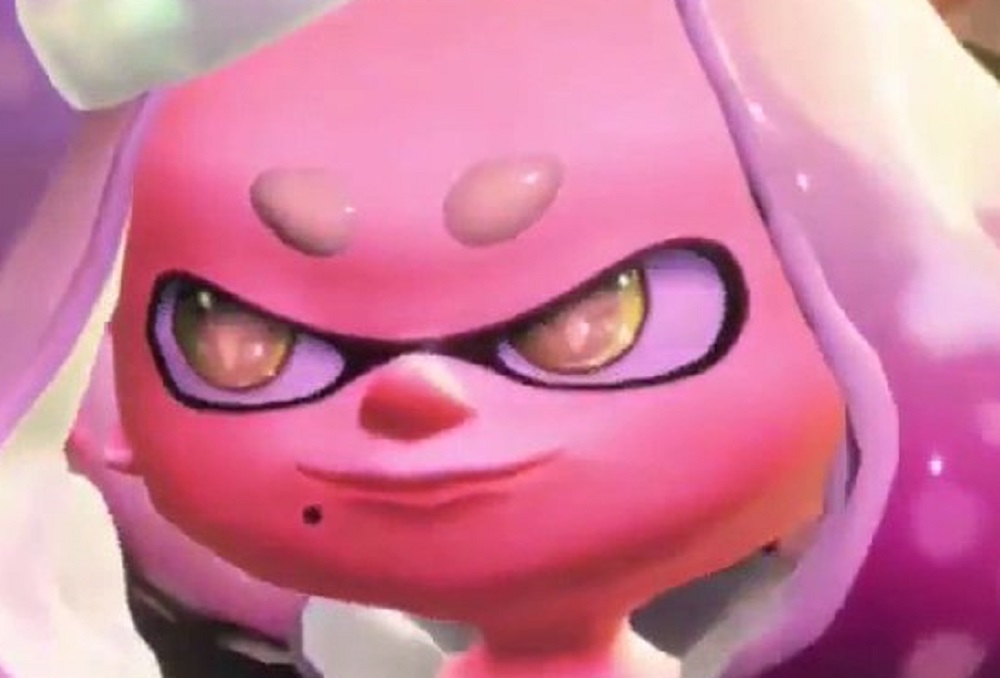 The ink has dried on North America’s latest Splatfest, as players fought it out in paint-em-up Splatoon 2 for the Halloween-themed battle of Vampires vs Werewolves.

In a landslide 3-0 victory, Pearl’s bloodsuckers came out on top over Marina’s choice of furry ferociousness. Vampires not only took the player vote, but also squeezed out victories in both Solo and Team play. Though it was a straight 3-0 win for Vlad and chums, it was a very close score in all regards, with only a meagre percentage difference between the two teams in all categories.

This is cause for celebration for Pearl, who also recently told us the correct way to hang toilet paper and that Flight is better than Invisibility. Pretty hipster Marina only got so far with her trendiness, now it’s the true Splatoon diva’s time to shine. Blam! (or something).

The next Splatfest takes place in Japan, and will see Pearl argue Agility over Marina’s choice of Endurance in the essential question of which is the best physical attribute. 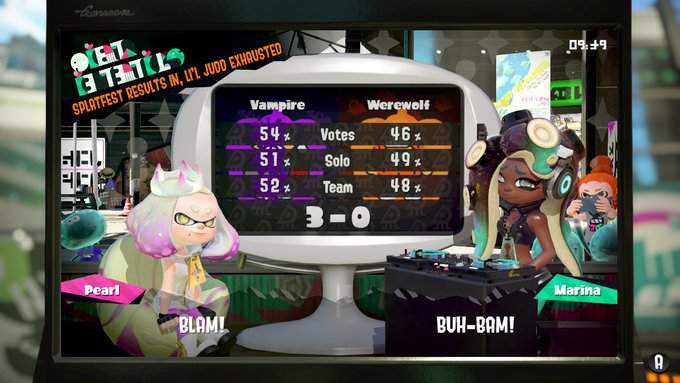