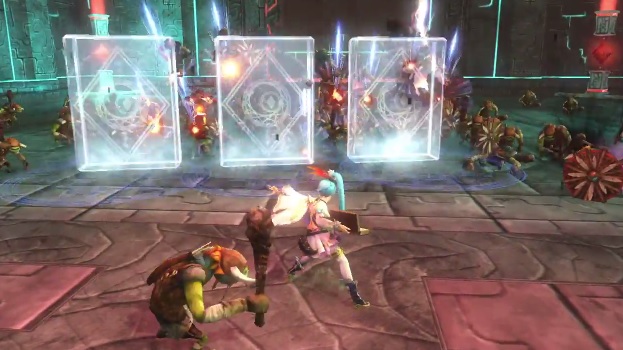 Lana will be playable in Hyrule Warriors, and will be bringing her witch-powers to wow Link and Zelda. Her main gimmick is creating magical barriers (rectangles of sorts) that can push enemies back as well as explode for extra damage. Another one of her specials involves a cube, which she can ride on the battlefield.

I’m not sure how fun her spells will be to play, but it looks damn cool, and her technical prowess will likely shine in co-op.