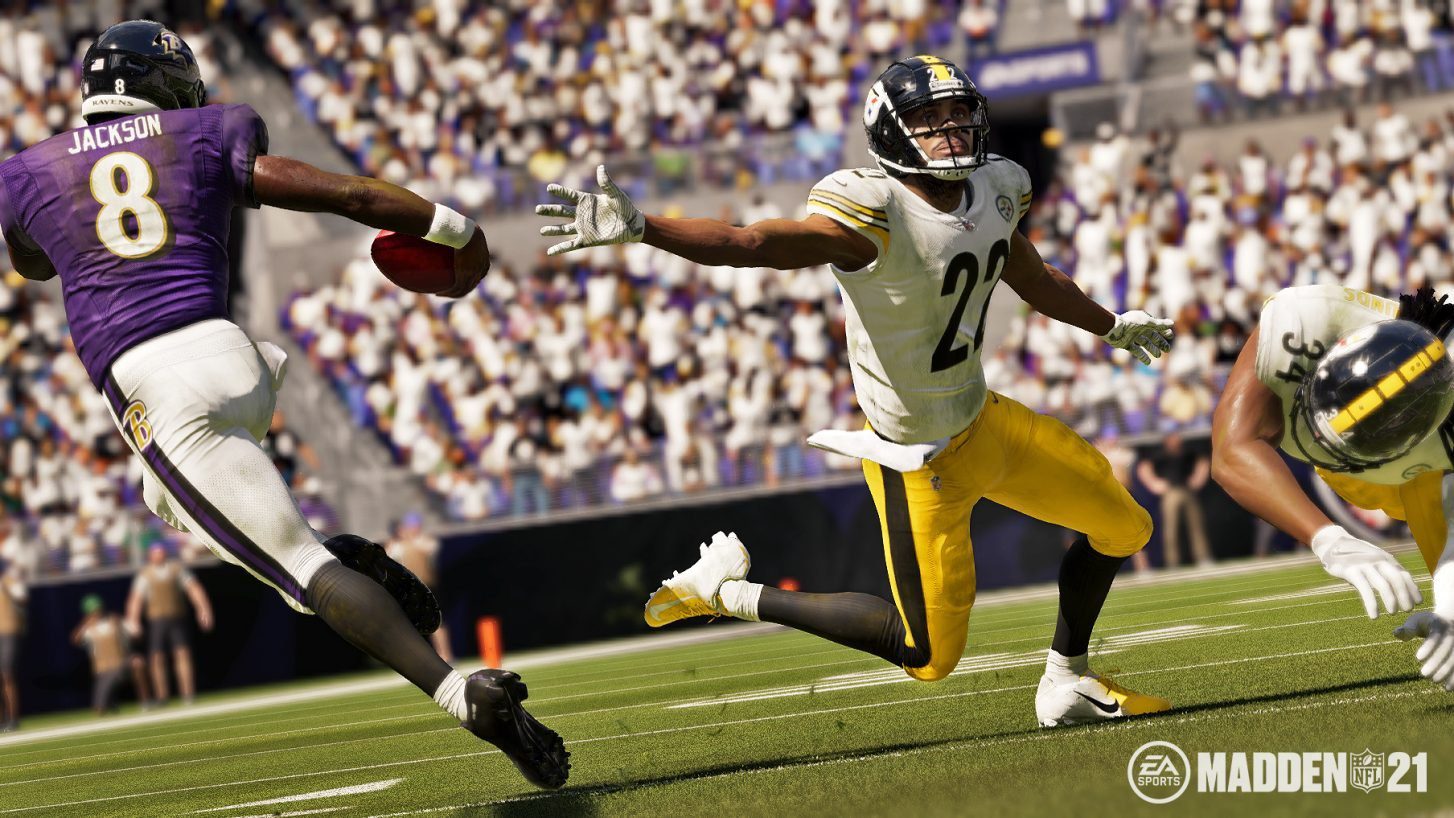 Lamar Jackson, reigning NFL MVP and the most exciting player in football, is the cover star of Madden NFL 21. This is the part where we all feign surprise. Whoa, crazy!

This isn’t so much a reveal as it is a confirmation. Jackson already accidentally outed himself as this year’s Madden star back in April, and EA just awkwardly sat on its existing marketing schedule for two more months. EA Sports gave a nod to Jackson’s slip-up — it had to, it was so egregious and definite — but has stayed silent since then:

Madden NFL 21 launches August 28 on PC (Origin and Steam), PS4, and Xbox One. Console players can upgrade their current-gen versions to next-gen versions on PS5 and Xbox Series X if they do so before Madden NFL 22 releases. (Also, Madden NFL 22 confirmed, apparently!) Here’s where you can read more about that offer, but EA plans to elaborate on it during this Thursday’s EA Play livestream.