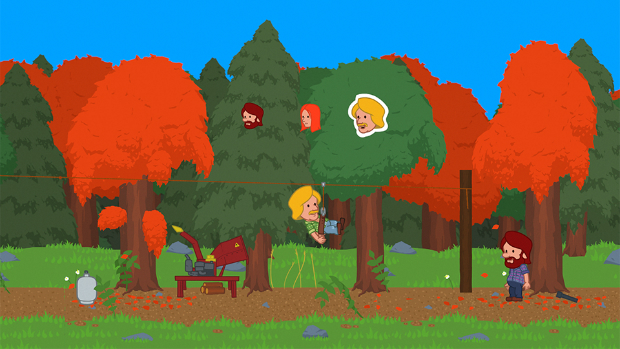 ‘In a world where horror videogames are usually treated seriously…’

There is something charming about bad horror movies. From the overused tropes to the laughable gore effects, they are hard to take seriously. Lakeview Cabin seems to get that, and is celebrating the stupidity with its episodic adventure starring teenagers evading and outsmarting a serial killer. Also, they take the time to zipline naked through the woods.

The episodes of Lakeview Cabin appear to take the story to various non-lakeview locales, including an urban area and a space station. Despite that, there always seems to be somebody ready to maim and murder the playable characters. Is that last one a Dead Space nod?