When Peter and I stopped by the 505 Games booth at PAX, I was admittedly a little bit jealous of him. While he was checking out Bloodstained, I’d be sitting on the other end of the booth seeing Indivisible, a game I knew very little about outside of its connection to Skullgirls.

From the small bit of research I did on the title beforehand, I was expecting an action game, albeit one with some gorgeous hand-drawn art, but Indivisible is a mesh of a hell of a lot more. As a metroidvania with a fast-paced mix of action and turn-based combat, Indivisible is absolutely on my radar now. 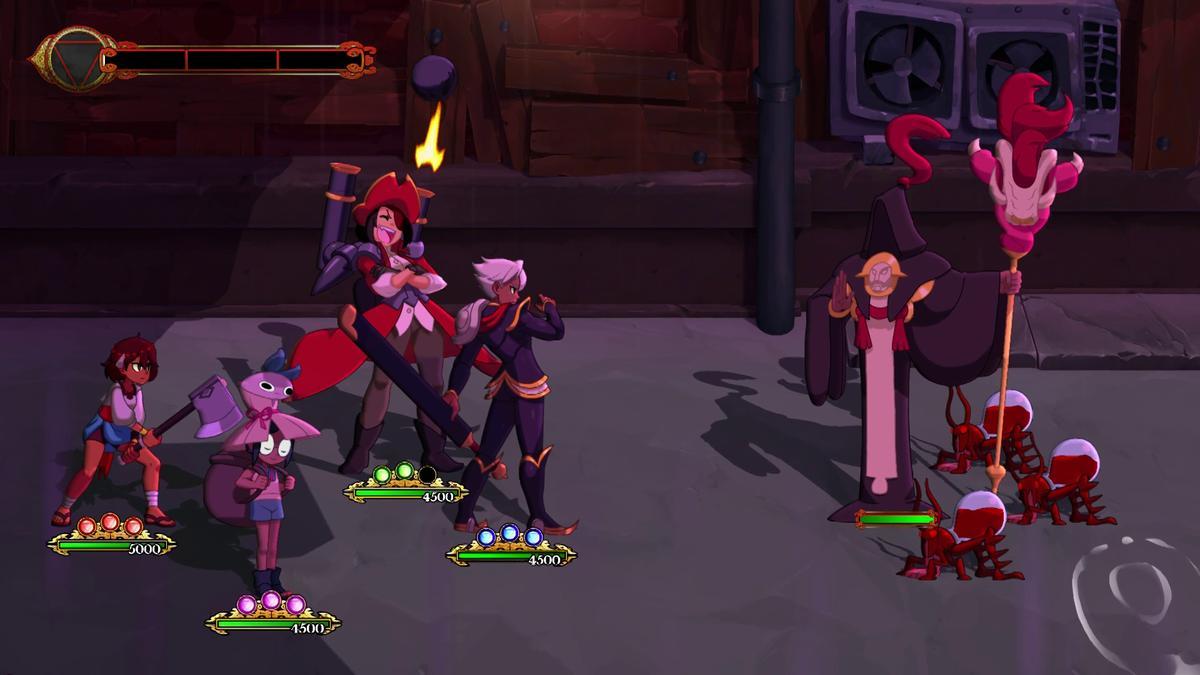 The demo set up for PAX did a pretty good job of throwing players right into Indivisible‘s world. You begin as protagonist Anja, held along with a full four-character party inside an enemy prison. Once you use your trusty ax to escape your cell you’ll immediately be whisked into your first combat encounter.

While the first group of enemies is quickly taken care of with a few melee attacks, the second group of more heavily armored guards requires a bit more strategy. You have to utilize some quick combos to break their guard and really pummel them.

Combos are the key to not quickly having your ass handed to you by Indivisible‘s relentless enemies. The encounters resemble old turn-based RPGs, but everything is unfolding in real-time. Each party member is assigned to one of the four face buttons and can take advantage of various combos to attack when they’re not on cooldown. A simple tap of the face button will result in a quick weapon hit, but stringing together multiple presses along with the directional buttons can have you breaking guards, interrupting enemy attacks, and even juggling opponents. 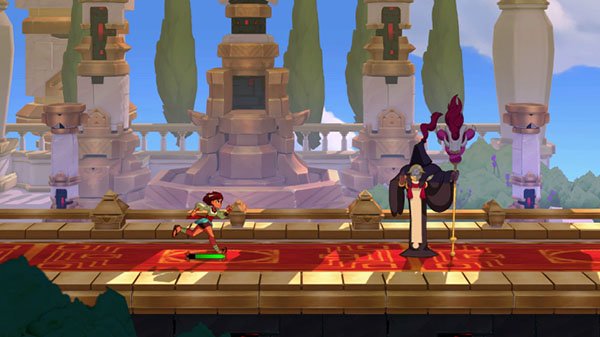 Outside of combat encounters, the demo showed off fluid platforming sections while escaping from the prison. I jumped through air vents and used Anja’s ax as a foothold to leap over tall obstacles. One section even made use of a party member’s bow as a way to move past an otherwise unapproachable enemy.

The demo ended with a boss encounter, the bit 505 Games was most eager to show off. The reps touted that each boss in Indivisible has a gimmick to keep players on their toes and prevent the game from becoming one you can just power through. This boss, in particular, was using a plethora of rhythm-based attacks. Essentially he would target my entire party in a specific order and hit them with incredibly rhythmic timing. After catching onto this, it’s a simple matter of timing your guard on each character to escape his strongest assaults completely unscathed.

Admittedly it was a smart boss design that I caught wind of too late, and he stomped me into the dirt. If all of Indivisible‘s boss encounters feel this distinct and smart, then it will definitely be one of the game’s most robust features. 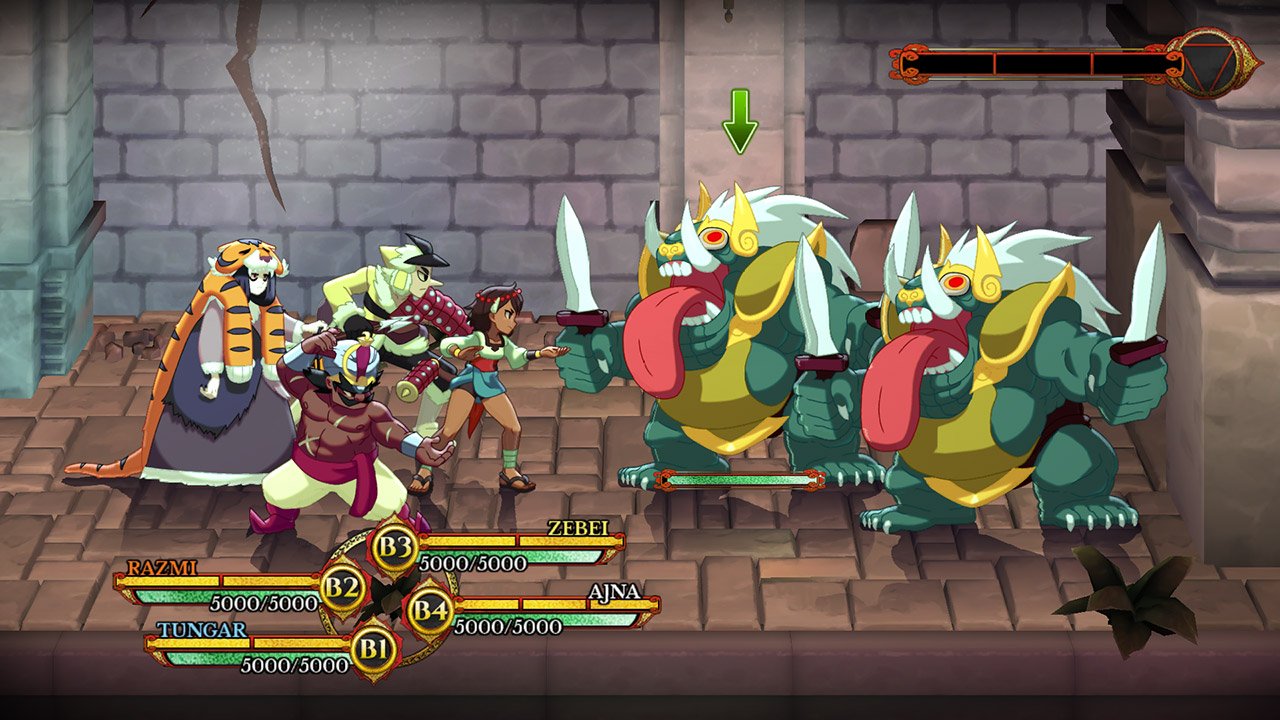 While Indivisible has a lot going for it already — amazing hand-drawn art, a soundtrack from Secret of Mana composer Hiroki Kikuta — the demo made it clear there’s still a long road ahead. Animations are still missing during certain dialogue exchanges, and as voice work hasn’t been recorded yet, creepy synthesized voices were present in the demo. Personally, I expressed a desire to have the terrifying machine voices in the final game. Even with all that Indivisible still looks and feels fantastic.

Indivisible is set to come to PS4, Xbox One, PC, and Switch later this year.