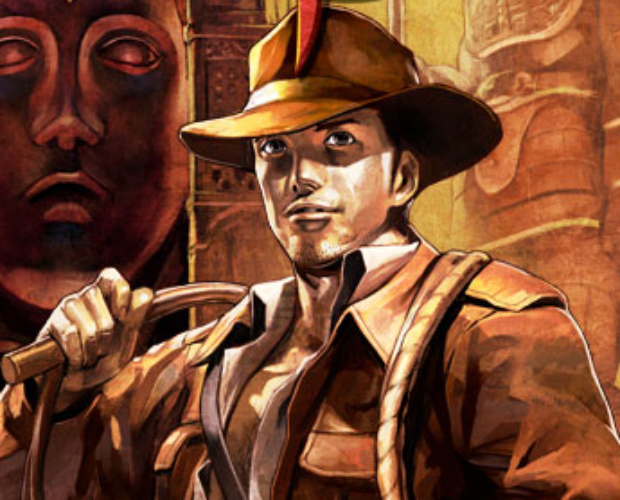 One of my favorite experiences at TGS didn’t happen at TGS. It happened at a strange restaurant where you order your food on an iPad and the beer flows like wine. That’s where I met up with Tyrone Rodriguez and Mike Lambert (Cave Story WiiWare), Hampus Söderström (Toribash), linzb0t (Travis Touchdown) and three developers from Nigoro; the company behind La Mulana. Tim Sheehy shot our whole discussion on video, but I haven’t heard from Tim since we left Tokyo. I hope he survived.

While we’re waiting to see if that footage came out, we have this exclusive video of La Mulana to tide us over. Symphony of the Night fans take note, this is the biggest, broadest, item-packed 2D platformer that I’ve played in years. The bosses are nothing to sneeze at either, particularly that six-armed, six-eyed Minotaur. Seeing the game’s cute little protagonist take on these smooth shaded, room filling fiends may seem like a mismatch at first, but it’s all intentional. The guys at Nigoro said that they were going for a “Mickey Mouse Vs. The Terminator” feel. Personally, I think they nailed it.

The game is coming to WiiWare any second now, so you’ll get to see for yourself soon enough.