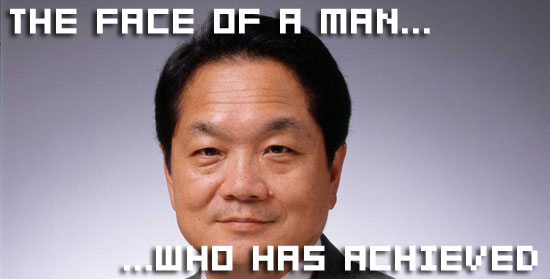 “Father of the PlayStation,” Ken Kutaragi, has been honored with the Academy of Interactive Arts and Sciences 2008 Lifetime Achievement Award. The award be presented to Kutaragi on February 7 in Las Vegas at the annual D.I.C.E. Summit.

“If it wasn’t for Ken and his concept of the original PlayStation, there wouldn’t be the billion dollar industry there is today,” said AIAS president Joseph Olin. “His contributions have clearly set new standards for developers, publishers and consumers worldwide.”

Regardless of what your stance on Sony’s current position in the industry, it’s hard to argue with that statement. Can you imagine how different gaming might look today had it not been for the breakout success of the original PlayStation? We might still be playing with sticks and rocks for fun!

This is the third AIAS lifetime achievement awards, the first two given to Nintendo’s Minoru Arakawa and Howard Lincoln earlier in the year.