While EA Sports MMA and THQ’s UFC Undisputed 2010 battled it out on the E3 show floor for mixed-martial arts dominance, developer Kung Fu Factory was taking a different approach. Tucked away in a meeting room above the bustling expo, it was giving press the first look at its forthcoming fighter, Supremacy MMA.

This “off the floor, behind-the-scenes” approach couldn’t be more appropriate, either. While EA Sports and THQ focus on the mainstream popularity of mixed martial arts, Kung Fu Factory is taking a different angle with Supremacy MMA. Instead of  focusing on the established flamboyant, televised side of the sport, it goes underground, bringing a grittier, unauthorized, and more violent taken on fighting.

Hit the jump for the first details. 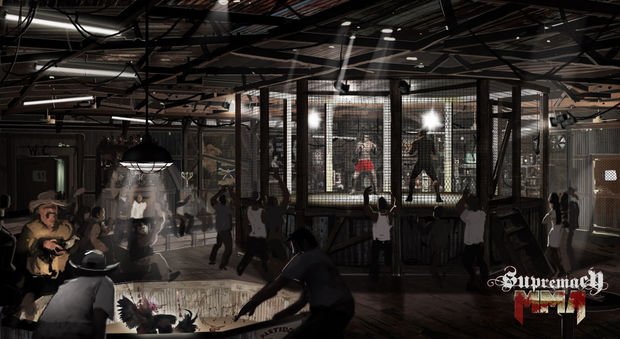 The first thing you’ll noticed about Supremacy MMA is that it’s much faster, perhaps even smoother, than its competition. That’s intentional, as the title is being designed as a faced-paced experience, almost arcade-like in control. But because the game is made with a “pick up and play” experience in mind, don’t think that means the title won’t be deep. The development team behind the project were responsible for some of the best and most authentic console fighting experiences, including Ultimate Fighting Championship for the Dreacmast as well as THQ’s most recent UFC titles.

The demo we were shown was entirely based around the standing game, with two fighting styles revealed — karate and Muay Thai. Kung Fu Factory tells me more styles will be revealed in the upcoming months, each with their own strengths and weaknesses. How well you do in a match up will be based on skill, not stats, so learning the ins and outs of your chosen style will be critical to keeping your nose from being bashed in by a flying knee or the business end of an elbow. 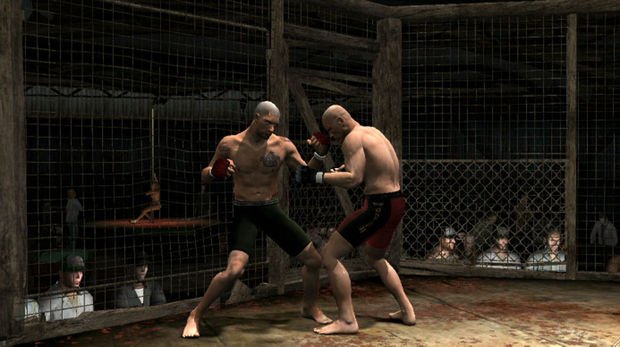 Controls appear fairly straightforward, with buttons for punches and kicks mapped to one button each; stringing together combos will unleash a flurry of attacks, all smoothly and impressively animated. Adding a layer of complexity to the fighting will be the ability to “feint” or pull punches and kicks; you’ll be able to stop mid-animation and switch it up, throwing your opponent off guard. Because attacks can be blocked both low and high, out-smarting your opponent may be the only way to break through his defenses. A timing based parry system is also woven into the game play, upping the ante of the cat and mouse melee. We weren’t shown the ground and grappling game — as opponents brought each other to the ground in the demo, the were quickly getting back up — but we’re assured that we should see more in the coming months, and that there will be a deep system in place.

Because Kung Fu Factory doesn’t have to answer to any sanction mixed martial arts authority, its approach with Supremacy MMA can really be a no-holds-barred experience. The feel of the game is about as nasty as you can get, the demo area we saw featured a rusty fighting cage and cock fighting arenas. Supremacy MMA also features something the developer is calling “Brutal Finishers” — as the final blow is landed, the game cuts to an x-ray, close-up view giving you an “insiders” look at the action. We saw a fracture skull as an elbow came down hard, a broken nose as a high kick hit its target.

Only about 40% through development with more details to come, Supremacy MMA looks like it’ll hit the spot (with bloodied knuckles) for gamers looking for something with a bit more teeth. No release date, but the game’s scheduled to hit Xbox 360 and PlayStation 3 when it comes to retail.