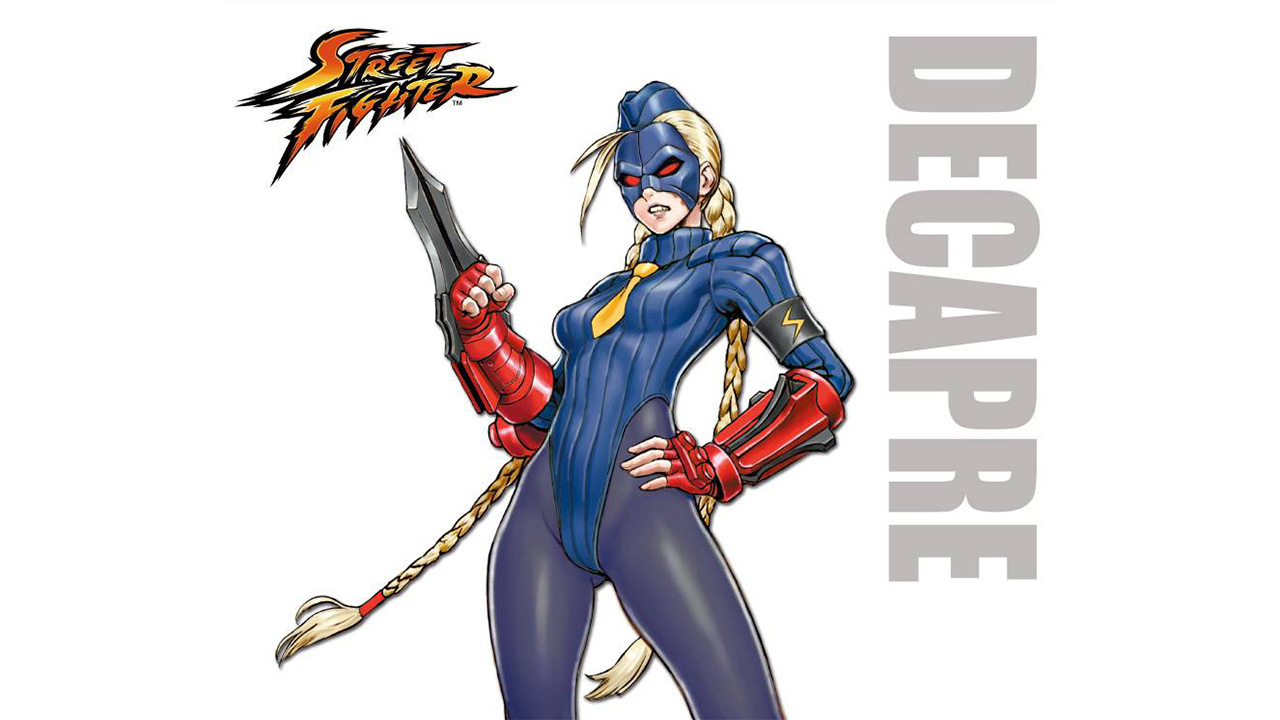 Keeping with the grand tradition of fighting game character design, Kotobukiya has palette-swapped their upcoming Cammy figure to create a Bishoujo Decapre. It makes sense, as Kotobukiya gets to capitalize on a popular character and get more mileage out of the Street Fighter Alpha Cammy design.

For the time being this is just a teaser illustration. There hasn’t been a sculpt revealed yet. But judging by previous Bishoujo releases and the base Cammy sculpt, I’d expect a bit more musculature when this transitions to 3D. Decapre is set for a March 2018 release in Japan and an April 2018 US release. Kotobukiya’s Facebook page has the price at US$84.99.