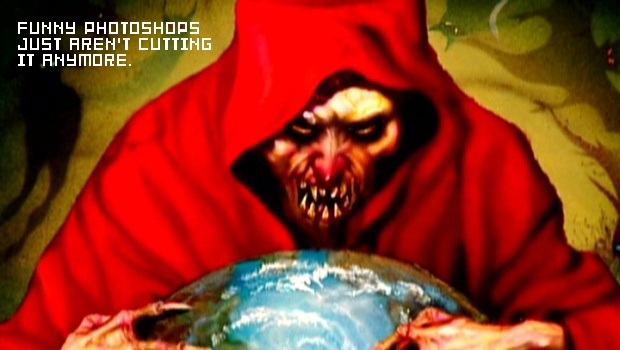 Hold on. Hold on. I know you’re already foaming at the mouth. You saw Bobby Kotick’s name, Call of Duty, my Satan image, and something involving paying more money and you assumed that you’d be really angry with whatever was down here. But take a second and read his quote when he was asked by the Wall Street Journal, “If you could snap your fingers, and instantly make one change in your company, what would it be, and why?”

I would have Call of Duty be an online subscription service tomorrow. When you think about what the audience’s interests are and how you could really satisfy bigger audiences with more inspired, creative opportunities, I would love to see us have an online Call of Duty world. I think our players would just have so much of a more compelling experience.

When WSJ followed up and asked if this online subscription Call of Duty was coming Kotick answered, “Hopefully.” After this he went on to claim that audiences were “clamoring for it” and that it would allow Activision the opportunity to “do a lot more to really satisfy the interest of the customers.”

OK, now take into account that we’ve heard rumblings of a Call of Duty MMO for a while now. If this is indeed what he is talking about then it’s hard to actually get angry at him for expanding the franchise into another realm. If they are simply taking their multiplayer and turning it into some sort of half-assed MMO-like service as we’ve also heard rumblings of then start lighting the torches. Either way, the line about satisfying the interest of the customer feels like the worst form of BS.