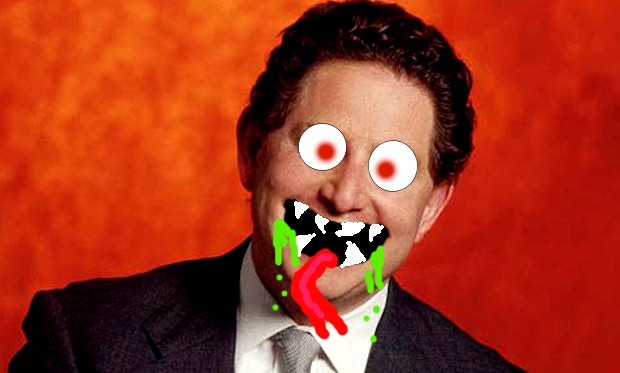 Modern Warfare 2 might be causing a stink in the UK thanks to its disgusting RRP of £54.99, but if you think evil publisher Activision cared, you’d be mistaken. In fact, CEO Bobby Kotick has admitted, without a shred of shame, that he would raise game prices even higher if he could.

Kotick’s response came after Mike Griffith answered an anylyst question on price points: “And then on the second question, Tony, on the pricing, we’ve had for all of our launch titles in the back half of this year, some of which contain peripherals, as you point out, very strong retailer acceptance and support for all parts of our plan, including our merchandising plans, our marketing programs, and our price points.“

To which Kotick added: “And Tony, you know if it was left to me, I would raise the prices even further.”

That’s cool. I’m glad Kotick has always been so open and frank about how little he respects his consumers and how much he revels in his own greed. Activision of course has the right to do and say as it pleases, and that’s good. Of course, we as consumers have a right to buy used games if we so desire, and I fully recommend that everybody does that, especially when it comes to Activision games.

After all, Kotick has just shown you how much he loyalty and respect he has for his customers. You’d only be responding in kind.