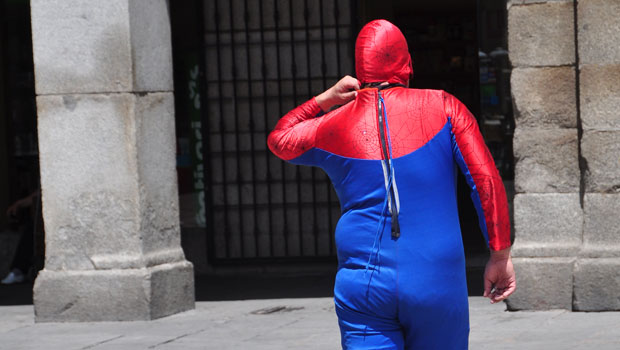 Hey, don’t shoot the messenger, guys. Instead, look at Activision CEO Bobby Kotick, who in a recent Game Informer interview admitted that the publisher’s Spider-Man titles have been less than acceptable over the years.

“Our Spider-Man games have sucked for the last five years,” he tells the magazine when talking about learning about commitment to quality from Blizzard. “They are bad games. They were poorly rated because they were bad games.”

“We went away from what is Spider-Man,” he continues. “It’s about web-slinging. If you don’t do web-slinging, what is the fantasy of Spider-Man?”

Oh boy. I hope he’s not hinting that we can expect a bunch of Wii/Natal/Sony motion controller Spider-Man games. You know, to capture what it’s like to really sling, uh, webs. Didn’t work out so great for Tony Hawk, though. Might I suggest a Spider-Man: The Musical game using the Guitar Hero engine?