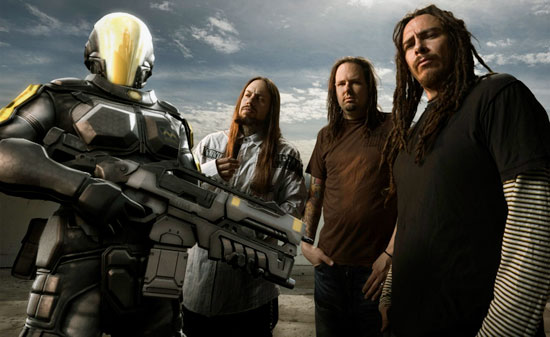 In a move that will either make you throw up a rock fist or cancel your pre-order, Ubisoft has announced that Korn will be providing an original track for the upcoming PlayStation 3 first-person shooter, Haze.

The song, entitled “Haze,” was written specifically for the game, and will be launched as a radio single this November to coincide with the game’s launch. Korn’s singer, Jonathan Davis, is more than a little please.

And for the record, that Photoshop up there was Ubisoft’s doing, not ours.