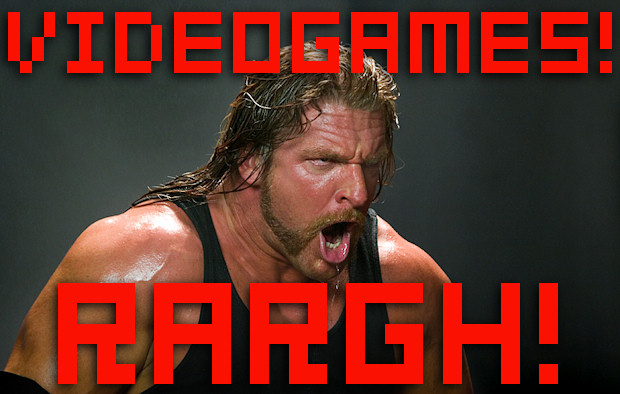 Konami’s Six Days in Fallujah was only announced yesterday with scant information, but that hasn’t stopped British newspaper and sad joke book The Daily Mail from jumping all over it and spreading outrage. The Fail was all too quick to get in touch with the father of a deceased Royal Marine to try and stir up sh*t, and he naturally jumped to attention and provided all the misguided rage they needed.

“Considering the enormous loss of life in the Iraq War, glorifying it in a video game demonstrates very poor judgement and bad taste,” said Reg Keys, blind to the irony of talking to a paper that regularly trivializes and sensationalizes war. “These horrific events should be confined to the annuls of history, not trivialized and rendered for thrill-seekers to play out, over and over again, for ever more.

“It’s entirely possible that Muslim families will buy the game, and for them it may prove particularly harrowing. Even worse, it could end up in the hands of a fanatical young Muslim and incite him to consider some form of retaliation or retribution. He could use it to get worked up and want to really “finish the game”.

“I will be calling for this game to be banned, if not worldwide then certainly in the UK.”

How ironic that we go to war against a country with strict totalitarian regime, then demand that our own country bans things if we don’t like them. That’s not even mentioning the best part, that this moron thinks it’ll encourage Muslims to blow stuff up. Meanwhile, former colonel Tim Collins OBE declares that the game is “too soon” and has accused it of being an “extremely flippant response” even though he has f*ck all idea about how the game will play out.

More OUTRAGE AAAARGH after the jump.

Tansy Hoskins of UK peace group Stop The War Coalition has this to say on the subject:

The massacre carried out by American and British forces in Fallujah in 2004 is amongst the worst of the war crimes carried out in an illegal and immoral war. It is estimated that up to 1,000 civilians died in the bombardment and house to house raids carried out by invading troops. So many people were killed in Fallujah that the town’s football stadium had to be turned into a cemetery to cope with all the dead bodies.

The American led assault on Fallujah pretended there were no civilians left in the city … over 50,000 people remained in their homes and took the brunt of the violence and chemical weapons. Months of aerial bombardments, the use of thermobaric weapons and the probable use of white phosphorus turned Fallujah into fields of rubble …

To make a game out of a war crime and to capitalise on the death and injury of thousands is sick… The massacre in Fallujah should be remembered with shame and horror not glamorised and glossed over for entertainment.

It’s the fact that this carefully cultivated “outrage” was so fucking predictable, that’s what makes me truly sad. The game was announced YESTERDAY and already people have decided to scream and cry about it, just because it’s a videogame, and it’s not even a surprise. I am sickened daily by the immaturity of this supposedly “civilized” society, that it cannot handle the idea of a game wanting to tackle something that would be perfectly acceptable in film, television or books.

Let’s start with The Daily Mail first. Why not call to ban that piece of shit paper, a tabloid rag that glorifies violence more than any videogame? If these people are so concerned about trivializing war, why haven’t they opposed the newspapers? Because it would be unacceptable to do so, that’s why. Because that wouldn’t be respectful of one’s right to speak out. The hypocrisy is so thick you could choke on it.

Thanks once again for stirring up shit, Daily Fail. The sheer desperation to start trouble once again for videogames is disgustingly obvious, and shame on those people who have helped you by providing the kind of alarmist, misinformed statements that you feed off of. The game might be tasteless, it might not, we don’t know yet. It’s the fact that people won’t even give games a chance that truly pisses me off.

I bet nobody mentioned that real-life army veterans actually spoke with the game’s developers and wanted this to be made.

That would provide the whole story, and lord knows The Fail wouldn’t want that.