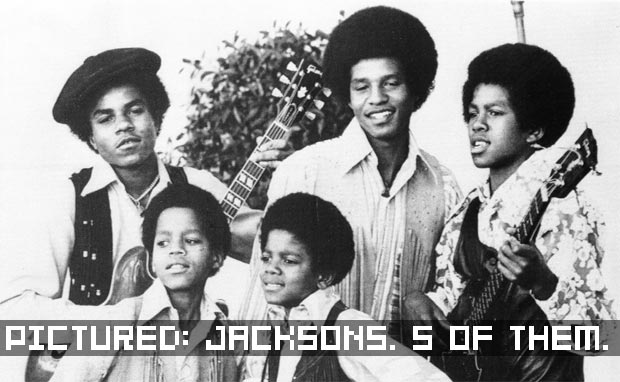 Konami has announced that not one, but five Jackson 5 songs will be featured in the upcoming Karaoke Revolution. While a host of Jackson 5 content has been licensed for the series, the songs “I’ll Be There,” “ABC,” “I Want You Back,” “The Love You Save,” and “Ben” will be available on the disc at launch, along with Jackson 5 themes and photos.

As Konami puts it, the content will be the “first karaoke game to feature licensed music of the Jackson 5 across all next-generation gaming consoles.” This is true, but it’s not the first music game to feature Jackson 5’s music; Rock Band Unplugged on the PlayStation Portable featured a master track of “ABC.”

Additionally, just about every music game this Fall — some of which I wasn’t supposed to talk about yet — will also feature music by the Jackson 5. Except for The Beatles Rock Band, I’d imagine. But that’s not confirmed.

[Update: Our original story, based on information from Konami, had only two tracks appearing in the game. That is incorrect… it’s a whopping five! The story has been updated accordingly.]