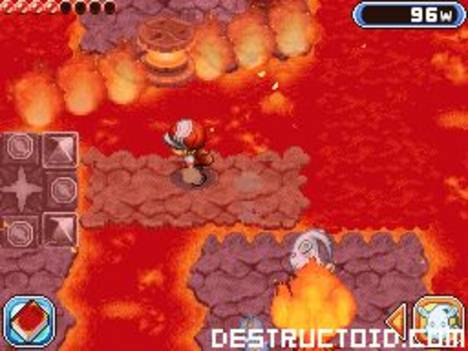 Konami’s Elebits was, without a doubt, one of the early highlights of the Wii’s launch. It didn’t do everything quite right, but its core elements were a shining example of what we expected from all Wii software — unique gameplay that took advantage of the hardware.

Early next year, Konami will be delivering a quasi-sequel to the title for the Nintendo DS. Called Elebits: The Adventures of Kai and Zero (yes, it’s the longest name ever), the title is appears to be more story, puzzle and map-exploration based than its Wii predecessor.

Konami had the game on hand at their media day this week, and The Adventures of Kai and Zero looks to be shaping up to be as fun and clever as the original. Details after the jump. 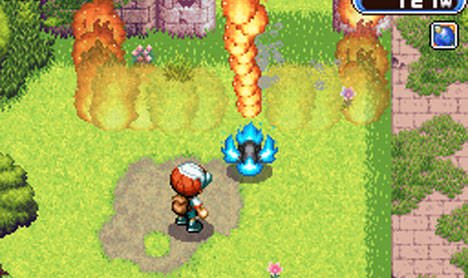 Kai and Zero looks more like a Pokemon title than the Wii version of the game, with an overhead perspective and a bright, cartoon-like aesthetic. The game itself reminded me a bit of Legend of Zelda, with a big focus on exploration, puzzle, and item (or in this case, Elebit) collection.

The game begins with Kai and his pet Elebit, Zero, being whisked to another world by a magical, talking and time-traveling bus (stick with me here). The only way to get home, it seems, is to gather up a number of elusive Omega Elebits which can power the bus/time-machine/talking thing and bring Kai and Zero home.

Gameplay involves moving Kai with the d-pad and using the stylus to use an energy capture gun, which can shake and move things. This reveals the hiding Elebits, who scatter and run once uncovered. To capture them, you simply tap each Elebit to target them. Once targeted, you simply tap Zero (who follows behind you closely) before a timer runs out to capture the Elebits and gather their energy. 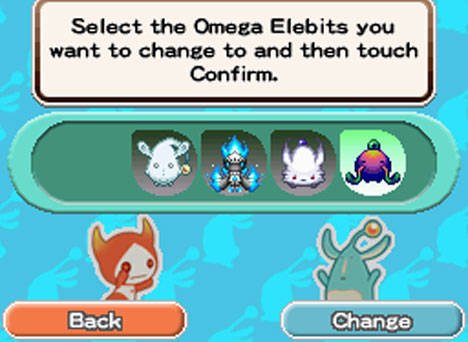 Gathering more energy (or watts) into your capture gun will allow you to move bigger objects, open up different areas, and progress through the world. The capture gun isn’t just used for uncovering Elebits, though. There are areas where I was able to use its beam to move platforms, and pull objects to solve puzzles in the environment.

While the goal seems to be simply capturing these Omega Elebits to power the magical, talking, time-traveling bus, there’s a bit more to the elusive creatures. During my gameplay session, capture a Fire Omega; once capture, I was able to switch control to the Omega and use it to burn objects and enemies. There are 64 Omega Elebits in all, each with its own powers and abilities; freezing water and turning darkness in to light are two examples of other powers Elebits can wield.

This is a pretty interesting take on the series, and while there’s a lot of “tappy mctaptown” going on with the stylus (gotta catch ’em all!), I’m digging where they’re going Kai and Zero. The game will also feature multiplayer Elebits capture battles for up to four players via the DS Wi-Fi connection, but it looks like the “adventure” part of Elebits: The Adventures of Kai and Zero will definitely be the draw here.