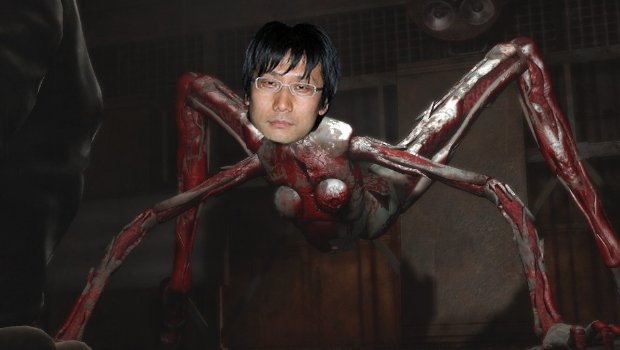 At the Eurogamer Expo, Hideo Kojima said something that made all my dreams come true at once — Konami’s president had asked him to make a Silent Hill game. His response, while not exactly the most promising, was receptive enough to excite me.

“In the past I’ve mentioned Silent Hill in interviews, and as a result of that the president of Konami rung me up and said he’d like me to make the next Silent Hill,” stated the mad developer. “Honestly, I’m kind of a scaredy-cat when it comes to horror movies, so I’m not confident I can do it. At the same time, there’s a certain type of horror that only people who are scared of can create, so maybe it’s something I can do.

“That said, I think Silent Hill has a certain atmosphere. I think it has to continue, and I’d love to help it continue, and if I can help by supervising or lending the technology of the Fox Engine, then I’d love to participate in that respect.”

If this develops into something more, I cannot begin to describe how thrilled I’ll be. Kojima’s insanity pulling Silent Hill‘s strings is just … just glorious in my mind. If anybody can bring psychological horror back to the series, it’s gotta be that man.

Policenauts, Silent Hill and a Metal Gear JRPG – an audience with Kojima [Eurogamer, via RelyOnHorror]