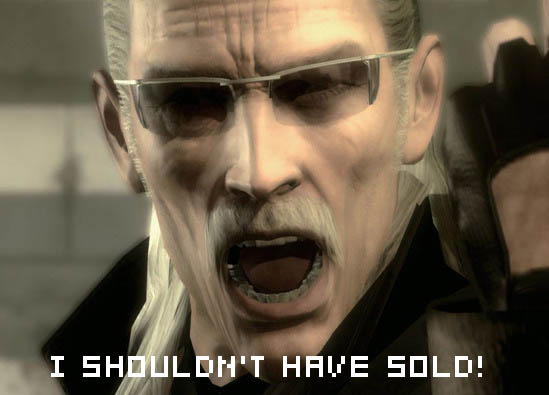 Konami stock (and our hearts) took a hit when it was announced that Metal Gear Solid 4’s release date was pushed back to the Q2 of 2008, and with that news the company reporting the largest stock decline in four years. Now there’s a bit of relief for those who held onto Konami stock with reports that first-half earnings are up.

For the first-half of the fiscal year ending in September, Konami is showing a 12 percent increase in sales, a 29 and 23 percent increase in operating and net incomes. The company attributes strong sales of titles like Dance Dance Revolution, Pro Evolution Soccer, Metal Gear Solid Portable Ops, and  Japanese baseball title Jikkyou Powerful Pro for the PS3 and Wii.

Konami seems pleased that the days of single-system market dominance (PlayStation 2) are over:

“Previously, a single home gaming platform was the market leader worldwide, but that pattern has changed,” says Konami. “Whichever platform best caters to users’ preferences in a particular country or region, in terms of the games available to be played on it, is now the one that will dominate the local market.”