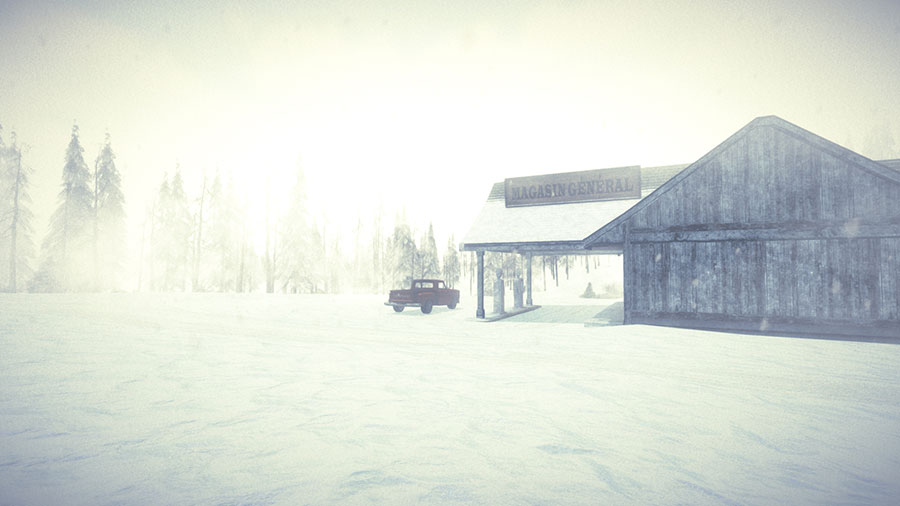 Whiteout in the great white north

It’s not often we see a title that blends one of the many hallmarks of the adventure genre, a focus on a rich and evocative setting, with the tense and resource-focused gameplay of survival games. But that’s just what the Quebec-based developer Parabole has sought out to do. After finding success on Kickstarter last year, the team is getting much closer to releasing its atmospheric jaunt through the isolated expanse of the Canadian wilderness.

During PAX Prime 2015, I got the chance to experience a taste of what this peculiar adventure title seeks to achieve. In Kôna, players will have to brave the great white north in search for the truth, all while surviving the elements and uncovering a mysterious force that is leaving a lasting impression on the residents who remain.

Set in the wilderness of Northern Canada during the early 1970s, you play as private detective Carl Faubert as he investigates the mysterious events occurring at a remote village of Atamipek Lake. What starts as simple job of finding the unknown culprits behind the vandalism of private property, it soon becomes apparent that things are not what they seem and Carl finds himself in a whole mess of danger. With nearly the entire population of the town missing — along with wild animals looking for their next meal — he’ll have to rely on his wits and resourcefulness in order to survive mother nature’s cold embrace of the land, and learn the truth of what happened in the isolated town.

As the first episode of a planned series, Carl will explore two square kilometers of land in search of clues and supplies. While on his investigation, he’ll find abandoned homes and public points of interest that will give him leads. Along the way, he’ll learn more about the town’s unique characters while searching through their abandoned homes, notes, and other clues left behind. I really liked the atmosphere and tone that Kôna gave off. Exploring the town felt like opening up a time-capsule from the ’70s, and many objects, media, and other knick-knacks from the era are presented in authentic fashion. Though be careful, exploring the environment will take a toll on Carl, and he’ll have to look after himself during his journey through the wilderness.

Interestingly enough, the game’s survival elements do a lot to play into the core structure of intrigue and dread that the game encapsulates. While most adventure and narrative-driven games like Dear Esther or Everybody’s Gone to the Rapture have players focus on story and not worry about their characters getting hurt, Kôna goes all in with survivalist gameplay. Players will manage Carl’s health, temperature, stress, and carrying capacity, which adds another more pressing element to the title’s structure. Eventually, you’ll acquire firearms to ward off wild animals, such as packs of roaming wolves, but ammo is in extremely short supply. I was impressed to see that the two gameplay focuses, which are totally different from one another, actually work quite well together. If anything, having to mange resources and Carl’s well-being adds to the urgency of the environment.

Though my time with Kôna was quite brief, I really enjoyed what the developers have come up with. Blending survival elements into the narrative structure of an adventure title was alluring, and my short stint in the great white north offered a lot of intrigue. The developers are also working on special VR features for the title, which will create an even more immersive experience. Though the game is still some time away from release, Parabole has got something quite special with this evocative title.