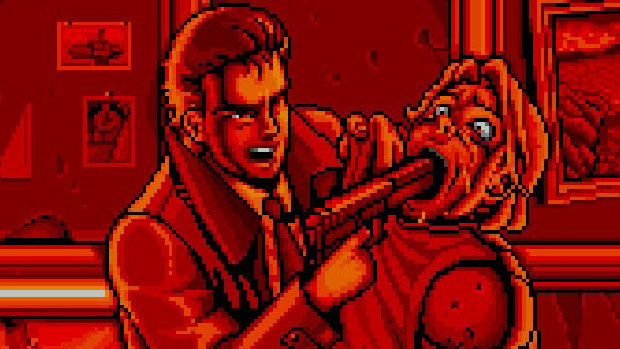 Back when almost every Konami game was a blatant rip-off/tribute to Hollywood action and Sci-Fi movies, Hideo Kojima created a game called Snatcher. It was basically the best Blade Runner game ever made, with a dash of Terminator on the side to try to throw people off the scent.

Snatcher was ahead of its time. The slow-paced, text based adventure hasn’t aged well, though the underlying ideas behind the concept of Snatcher are as compelling as ever. For that reason, fans of the series, and Kojima in general, have been hoping for a new Snatcher for years, but to no avail. We were teased with talk of a Snatcher radio series back in 2007, but that’s been about it for new Snatcher talk.

Now that Kojima is a Vice President at Konami, I bet he wouldn’t have any problem getting a new Snatcher made. What else could Kojima want us to think by tweeting stuff like “I’ve readied a complete Snatcher set for some reason.” Maybe we’re just getting trolled, which would be characteristic of Kojima, but I’m still hopeful. Snatcher is serious business, maybe too serious for random Twitter trolling.