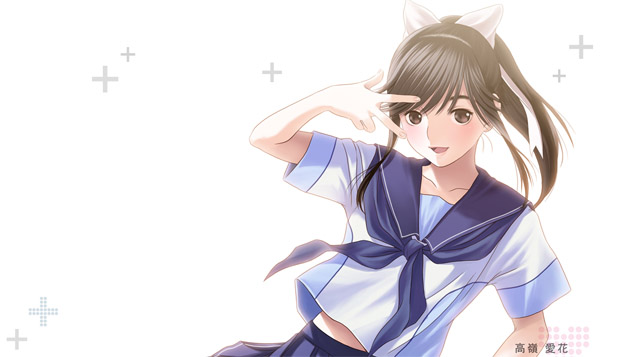 If you haven’t seen Konami’s virtual girlfriend Love Plus and its effect on lonely men, then you’re really missing something. It’s…amazing. Grown men are kissing DSi screens. I could go on about it, but you’d probably be more interested to hear the thoughts of prominent game makers Suda Goichi and Hideo Kojima.

Apparently Konami employes are sneaking around to play the game. Kojima talks about one co-worker in particular that has seemed more upbeat since the game came out: “I’m not gonna give his name, but there’s one guy who hasn’t had a girlfriend for decades and talking about his virtual friend makes him so incredibly happy.”

He tells Famitsu that Konami employees don’t usually go around playing their own games. Love Plus is different. “You see people sneaking in time with it in the bathrooms and so on; I guess they don’t want to get caught playing it at their desks.”

Even funnier is what his buddy, Suda, told him he saw at a local theater:

“I was talking with Goichi Suda earlier, and told me about this guy he saw who went to a movie theater by himself but bought two tickets. Suda was curious, so he went in with him and saw him take his DS out of his backpack, open up the case and place it in the seat next to him. He had his ‘girlfriend’ on the screen!”