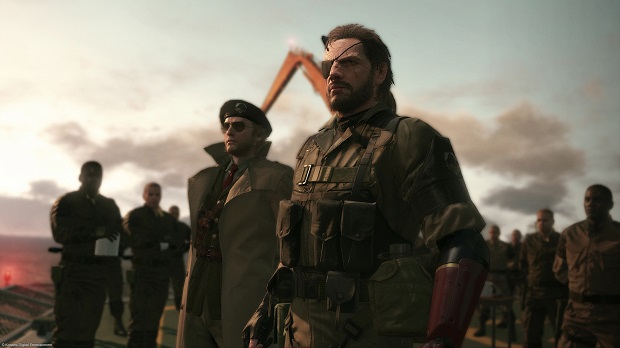 Players have ‘the option to think about’ acquiring a nuke

Metal Gear Solid V: The Phantom Pain‘s Mother Base will serve as more than just a center of operations for Snake; it’ll double as a launching pad for Hideo Kojima to make poignant statements about the cycle of war.

According to an interview with The Guardian, Kojima said that as The Phantom Pain progresses and Mother Base increases in size, other nations begin noticing it, possibly perceiving it as a threat, and eventually attacking it. He gives the player an emphatic way to deal with this situation. “At this point I give the player the option to think about acquiring a nuclear weapon, in order to deter these attacks, a kind of threat. It illustrates the cycle of nuclear weapons, what inspires people and nations to enter into that system. It’s something that you can only really do in video games,” Kojima stated.

It’s unknown if the player will be given the freedom to actually push the big red button, or if it’s solely a fear tactic. If it’s the latter, it’ll most likely be an effective strategy — and one that aptly comments on the subject of proposed nuclear warfare from decades in the past through the foreseeable future.

Hideo Kojima: ‘Metal Gear questions US dominance of the world’ [The Guardian]