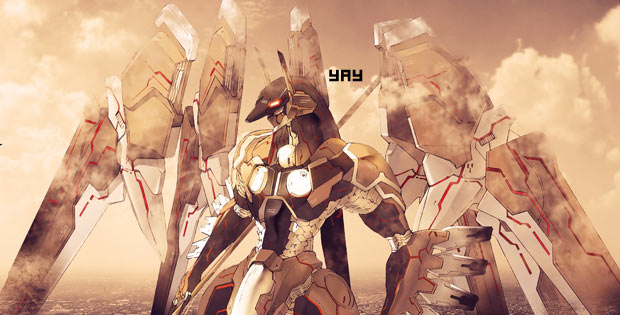 In response to all the resounding hoorays and hurrahs after his promise of a Zone of the Enders sequel last week, Hideo Kojima has issued a followup post over at his blog. He says:

“The reaction was greater than I’d expected. The comments topped the 100 mark, and the access count reached levels of the Tokyo Game Show time. It was picked up in a variety of places, including the net and press, and spread throughout the world.”

He went on to say he’s even heard rumors that the used price on a copy of Zone of the Enders 2 has gone up. But the biggest surprise for him, he says, was the internal reaction from Konami’s own staff. Apparently, people who worked on the first two games have been catching him in elevators and around the office, begging him to take part in the game’s development. Some have even gone so far as to decorate their desks with Anubis (ZOE‘s Japanese title) paraphernalia in anticipation.

Kojima again promises the sequel will happen, and his official response to all the outcry is, naturally, “please wait a little more.” My official response to that is, “Ok, but stop blogging and get on it.” On an unrelated note, Kojima has the most badass-looking staff ever. Seriously, look at this sh*t. I want a job there so I can dress like a secret agent every day, too.