Fending off crowds at E3 last week, I found a moment to sit down and briefly chat with Konami’s legendary Koji “IGA” Igarashi. IGA was there to promote the upcoming Xbox LIVE Arcade title, Castlevania: Harmony of Despair, a multiplayer action title that supports up to six players over Xbox LIVE.

A curious take on the series with its focus on multiplayer, IGA says Harmony of Despair arose from the development team’s experimentation with high definition wide screen. In the early stages, the team just filled the screen with sprites from previous Castlevania games, and just fell in love with the idea. The next logical step with the Xbox 360, a system so closely tied to Internet connectivity, was to take the game online.

“Right now I’m focusing on Xbox LIVE Arcade,” he says via a translator before apologizing to PS3 fans. “But there might be a possibility with that. I hope this one sells, and then we can think about PSN.” 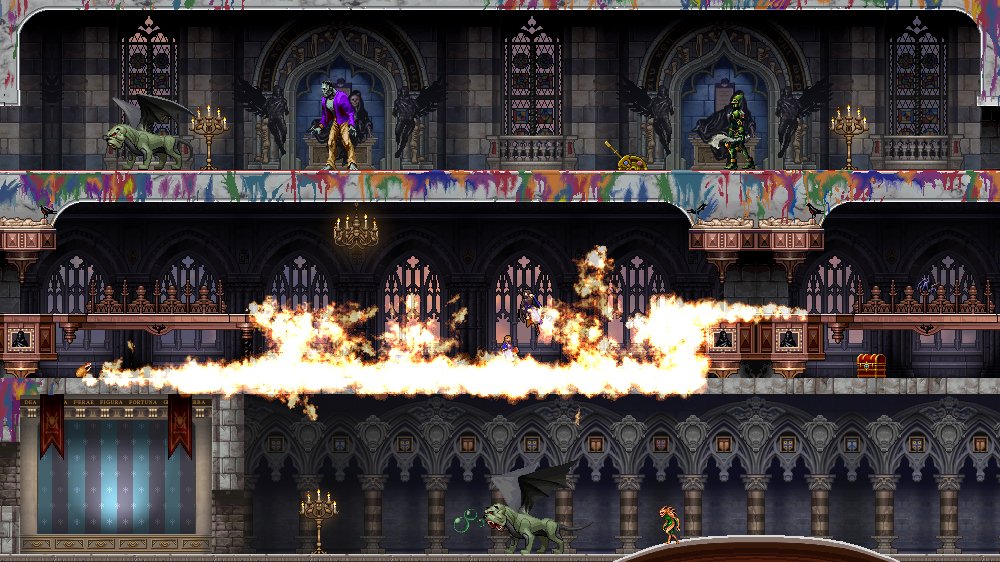 With Harmony of Dispair out this summer, the current future of the Castlevania series as laid out by Konami finds the series headed to iPhone as well as Xbox 360 and PlayStation 3 as a retail title. The former, a versus puzzle game called Castlevania Puzzle: Encore of the Night, has IGA only overseeing the project on a consultation basis, as well as providing graphics and music. The latter is a full-blown third-person action adventure title called Castlevania: Lord of Shadows, being developed by European studio MercurySteam, in conjunction with Kojima Productions; IGA has little to no involvement in the title.

Admittedly, IGA tells me he’s more of a “retro” gamer. He says he doesn’t have much time to play larger, more in depth titles, instead spending much of his time playing games on his cell phone. But he doesn’t have an iPhone; he’d have to switch over to Japanese cell service provider Softbank, who offers Apple’s device among its mobile offerings. He’s currently locked into a contract with mobile operator Docomo; he doesn’t seem heartbroken over it.

Konami had also announced a slew of games in support of Nintendo’s 3DS, including games in the Metal Gear, Frogger, and Contra franchises. While there was no word of a 3DS Castlevania, IGA reveals that he does have 3DS development kit from Nintendo at his office in Japan. The tech, he says, has already improved — what he saw at E3 is looking even better than what he had previously seen. He certainly wants to create games for the 3DS, but his ideas are still in their infancy; he still has a lot of testing to do, he tells me. 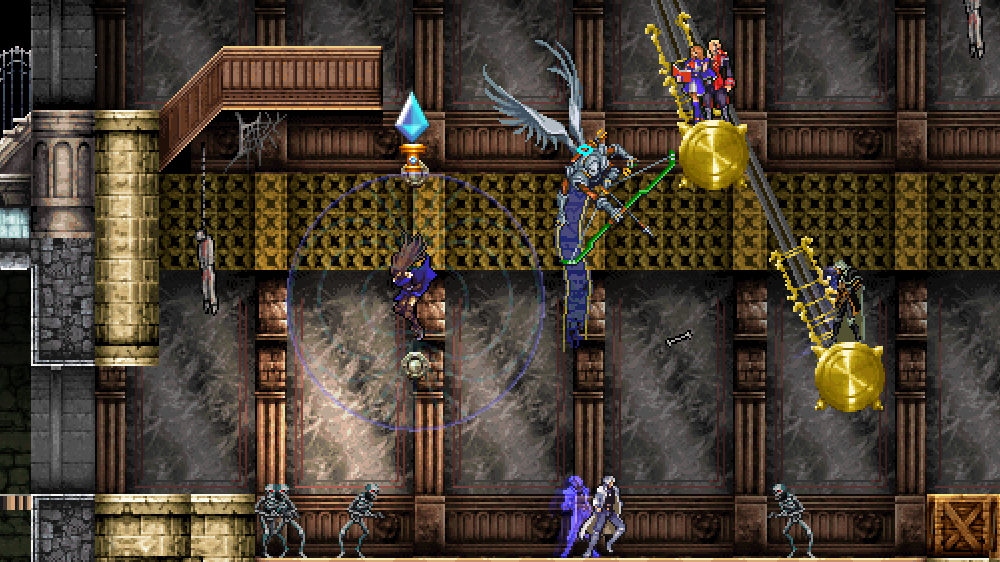 As for motion controls, the other big focus at this year’s E3 with Microsoft’s Kinect and Sony’s Move, his stance hasn’t changed much from what he’s said in the past. Being the type of gamer that finds himself engaged in titles for hours at a time, he thinks that so much movement would tire him out. Speaking specifically on Kinect, he says he’s tried it and that it’s “very fun,” but “may not be for core games yet.”

“But it’s an amazing new device, but I thought about my apartment,” he says, grinning, “and it’s just too small for that.”

I mention games like Metroid: Other M and Chair’s Xbox LIVE Arcade title, Shadow Complex. Both titles seem to be taking the classic “Metroidvania” formula and running with it in new and fresh directions, mixing 3D action and exploration with classic 2D-style gameplay. IGA says he loves those types of games, saying “They change a little bit, and then make them great.” (He admits to not having played Shadow Complex; he’s just watched someone else play.)

Whether IGA will be taking Castlevania in a similar direction in the future, he won’t say. He’s working on “many” titles at Konami right now, some of them not Castlevania titles, like Otomedius Excellent, for instance.

So I push him at what I’m really getting at: where the hell is the next, full 2D action-exploration Castlevania game in high definition? Haven’t we waited long enough? We’ve seen a port of Symphony of the Night, and even gotten a retro-style title for WiiWare, Castlevania The Adventure: Rebirth. He’s hesitant to answer at first, and finally tells me he’s “not sure how long we’ll have to wait.” That’s not the answer I’m looking for.

“So I will maybe not attend E3, if it means I don’t have to answer that question” he says, laughing.

Don’t worry, IGA, I’ll be sure to find you at Tokyo Game Show.