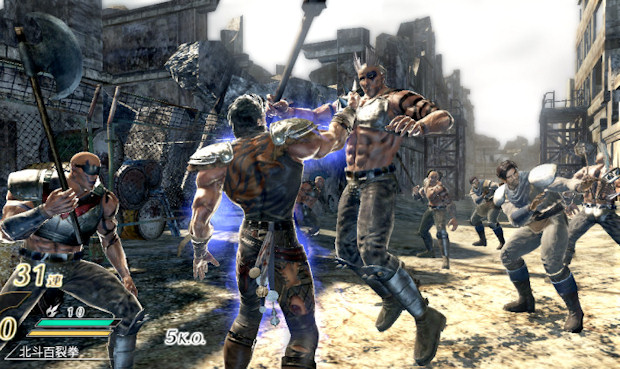 There’s no denying that Koei Tecmo’s Fist of the North Star/Dynasty Warriors mash up has already turned heads. The popular Manga is known to millions of people, far more than the ancient Chinese history upon which Dynasty Warriors is based. Armed with this supremely huge license, the Japanese publisher believes that the game will generate mad bank.

“Only in Japan, the game should sell a million copies,” boasts company boss Kenji Matsubara. So far, the game has not been confirmed for an international release, and Koei isn’t telling me anything yet, but given the worldwide popularity of the Manga, there’s no way this game is staying in Japan.

I really hope it works out for them. As a long time Koei supporter, it’s great to see the company get its hands on something more mainstream, and given the visual quality of the screens and video released thus far, I’d say that the company is putting all its effort into this one. Koei is capable of putting out awesome things when it tries (Gitaroo Man, Kessen, even Dynasty Warriors Strikeforce was terrific in theory) when it does its best, so here’s hoping they take this ball and run with it.