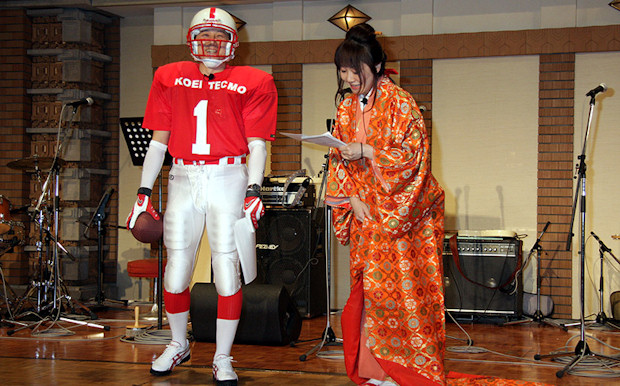 You can’t have a merger without a catchy nickname for your new enterprise. Squeenix, ActiBlizz, they’re all at it. With Tecmo and Koei finally bedding and creating a monstrous empire of boobs and Chinese warlords, they too need a new moniker, and have settled upon Kotec.

The new company had a party at the Tokyo Imperial Hotel, where they made their bold ambition to “be the number one company” clear. The above picture was also taken, which is simply super. Koei Tecmo Holdings executive Masaru Iyori came up with the Kotec name, and the party attendants seemed to really dig it. Hence, we have our obligatory nickname for all time.

I wanted Koecmosauraus, but it seems we can’t have everything in life.