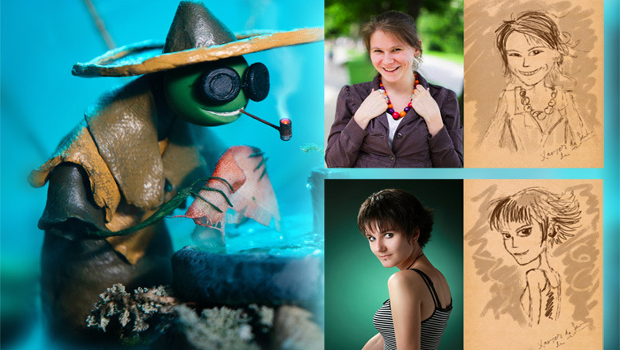 Hand-drawn likenesses by an in-game character

Knite & the Ghost Lights is in the home stretch of its Kickstarter campaign, and it’s looking pretty good for the claymation-esque adventure game for Mac, Linux, PC, and Wii U. The Wii U tier will cost you a little extra ($35), but you’ll also get the game on Mac/Linux/PC for the same money, along with all the other rewards in the tiers below.

If you plunk down $65, a button-eyed in-game character named Xavier (described as quite stupid and / or primitive, a robber, and a terrible painter) will send to a physical, hand-drawn, signed portrait. That could turn out to be quite a collector’s item. With the gift giving holidays coming right around the corner, you Podtoid fans out there may want to have multiple portraits sent to Jim Sterling en masse. It’s a good idea and not creepy at all either. His Google image search should give you plenty of material to work with.

There are a bunch of other cool physical rewards, like posters, art books, and dolls. Check it out if you like actual things!

Knite and the Ghost Lights [Kickstarter]