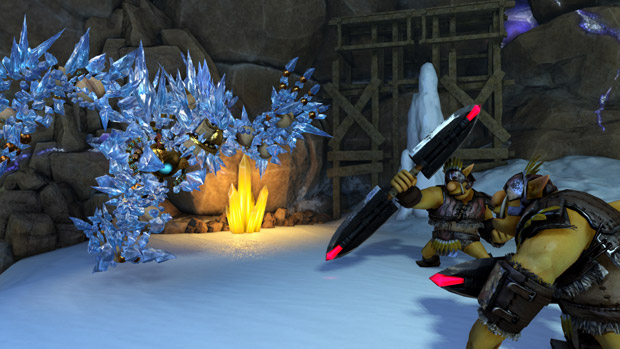 We so wanted to love it

“I’m a burning piece of wood. I’m going to punch a robot. He’s going to hate that.”

Jonathan and Spencer played Knack at PAX Prime 2013 and, from the sound of it, this may not be quite the PlayStation 4 launch title some of us were hoping for. I’m rooting for Mark Cerny and co. at SCE Japan Studio but the levels that were playable at the show didn’t inspire much confidence. The game sounds somewhat dated, and not in a good, nostalgic way.