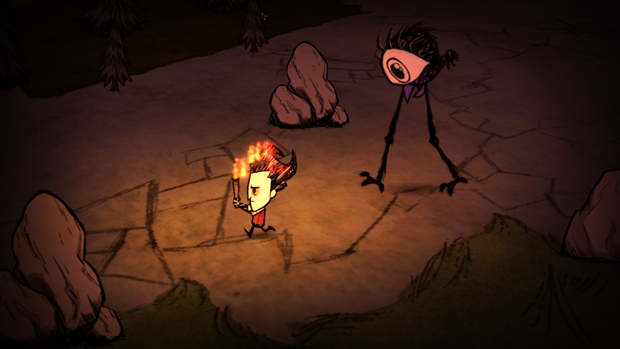 iOS support less of a priority

Klei Entertainment had previously mentioned it was “looking at” possibly doing a dedicated PS Vita version of its survival game Don’t Starve, much to our delight. Now, community manager Corey Rollins tells Edge that the development team is investigating such a port.

“Currently, a lot of people play Don’t Starve: Console Edition using the PS4′s remote play, and really enjoy it. So we’re looking into a proper Vita release. As for iOS and mobile, that is something we’ve also been investigating and we think might work, but it’s not at the front of our development priorities right now. It’s still on our radar, though.”

Getting the game to play well on a phone screen would be difficult without radical changes to the user interface, but I could see Don’t Starve on tablets, definitely. And it is something I’d like to see.