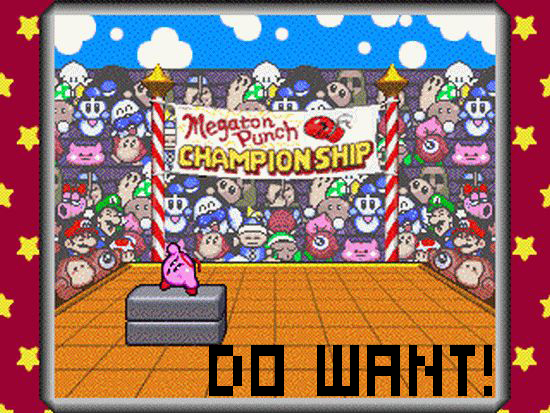 JeuxFrance, I site that I’m never sure if I’m pronouncing right, has brought to light that one of the best Kirby games ever made is being remade for the Nintendo DS. Not much is really known at the moment other than the few screens that were released, and the expected release date being sometime in 2008.

The screen shots do show that new CGI movies are being made for cut scenes and we do see that games Dynablade, Revenge of Meta Knight, The Great Cave Offensive and Gourmet Race are at least coming back. No reason to think that HAL would take out any of the games (if anything, they should add more games) but at least we have some idea what’s going to make a return. As long as Megaton Punch is back, I’ll be a happy boy.

Check out JeuxFrance for a few more screenshots.

Now then, which one is the better name? The American title Kirby Super Star or the Japanese title of Kirby Ultra Super Deluxe?