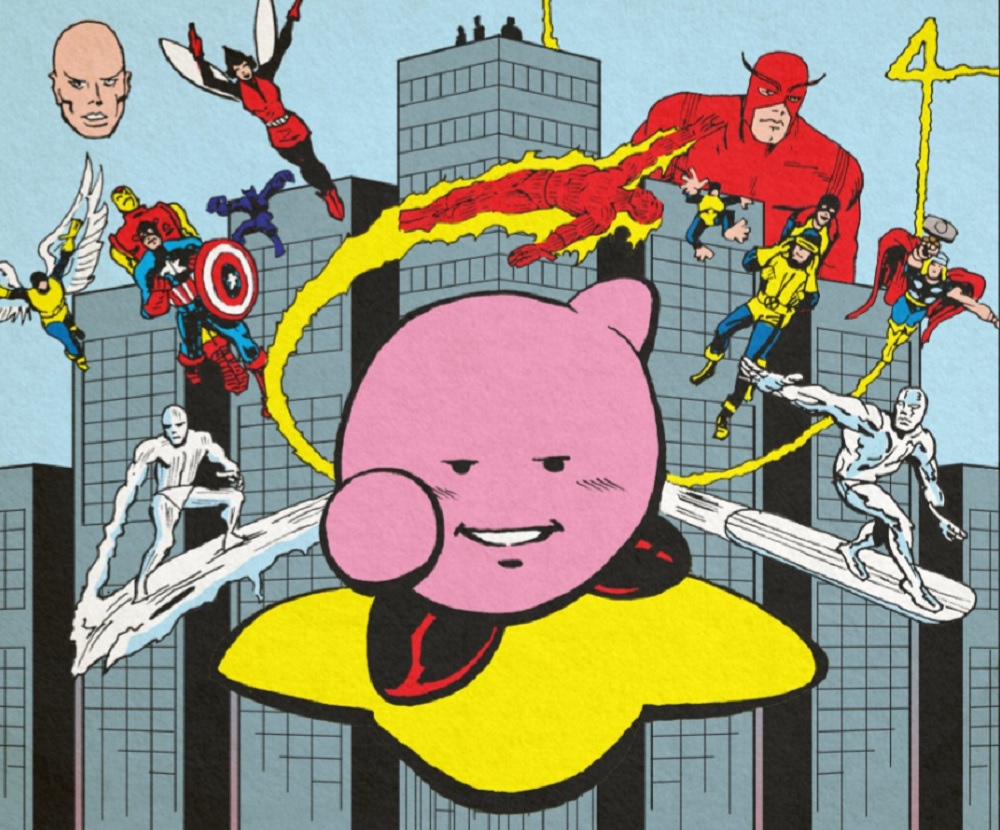 Today would be the 100th birthday of Jack Kirby, creator and co-creator of many of Marvel Comic’s biggest superstars. Coincidentally, it’s also 25 years today since lovable ball of inhalation Kirby saw his Game Boy game Kirby’s Dream Land released in the U.S.

Artist Kate Willaert decided to draw a strip to celebrate the joint namesakes. The amusing  comic sees Kirby swallow up the Captain America co-creator, leading to the Nintendo star embarking on a (pretty trippy) Marvel tribute, as well as rocking a sweet grey pompadour.

Jack Kirby, alongside fellow Marvel Comics alumni Stan Lee and Joe Simon, was responsible for the creation of pretty much all of Marvel’s poster children, including The Avengers, The Fantastic Four, and X-Men.

Kirby, who generally works alone, is responsible for eating everything in sight, and being timelessly adorable.