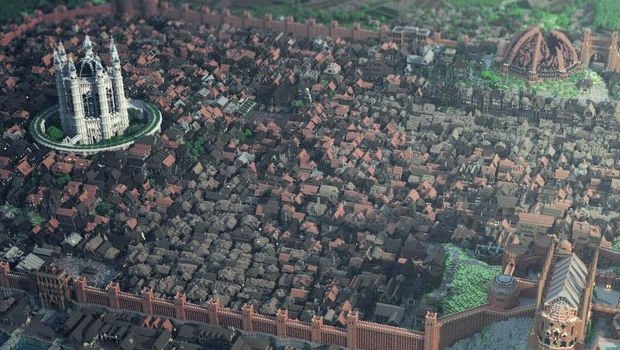 Brace yourselves for lots of played out Game of Thrones jokes, as the new season is coming. Ok, so that last line was a joke itself, and now I feel a little dirty.

What’s most definitely not dirty however is this awesome recreation of King’s Landing in Minecraft, which was posted to Reddit yesterday. Pretty much everything is recreated faithfully, including the gigantic and ominous Red Keep.

The creator noted that it took him and 100 other builders “a little over four months” to build everything. He notes that there’s approximately 3000 unique buildings, with all of their interiors decorated. Wow!

If you’re interested, you can check out their official gallery here, and you can find info for their server here.

Filed under... #Artsy Fartsy#Gallery#Minecraft#Offbeat#Things gamers do