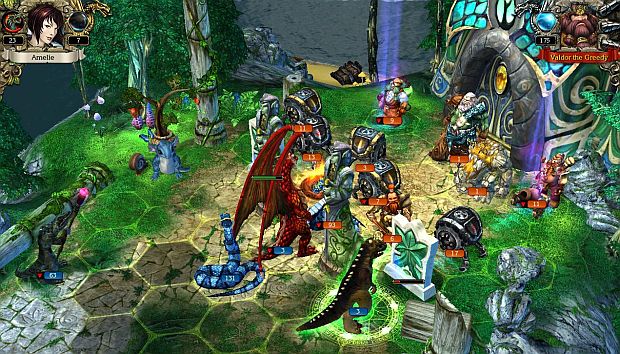 For those who picked up last year’s King’s Bounty: Armored Princess found a great strategy game with a fairly strong legacy, if not the most mainstream appeal. However, 1C Company has found enough of a core base that developer Katauri Interactive has supported the game with solid updates, including King’s Bounty: Rise of the Orcs and the latest of expansions, King’s Bounty: Crossworlds. [Edit: Orcs on the March is the name of the campaign in the game. Ben PerLee is being flogged as we speak]

Crossworlds continues with the new male lead, Arthur, as he works with Princess Amelie through new side quests and campaigns. There is now an editor for the game, 70 new enemies to slay, 50 new abilities, a whole new set of spells, and a gladiator/boss battle mode. For fans of the original, this should be a solid expansion when it comes out in the third quarter, and everyone else, you get to look at the pretty pretty pictures seen below.