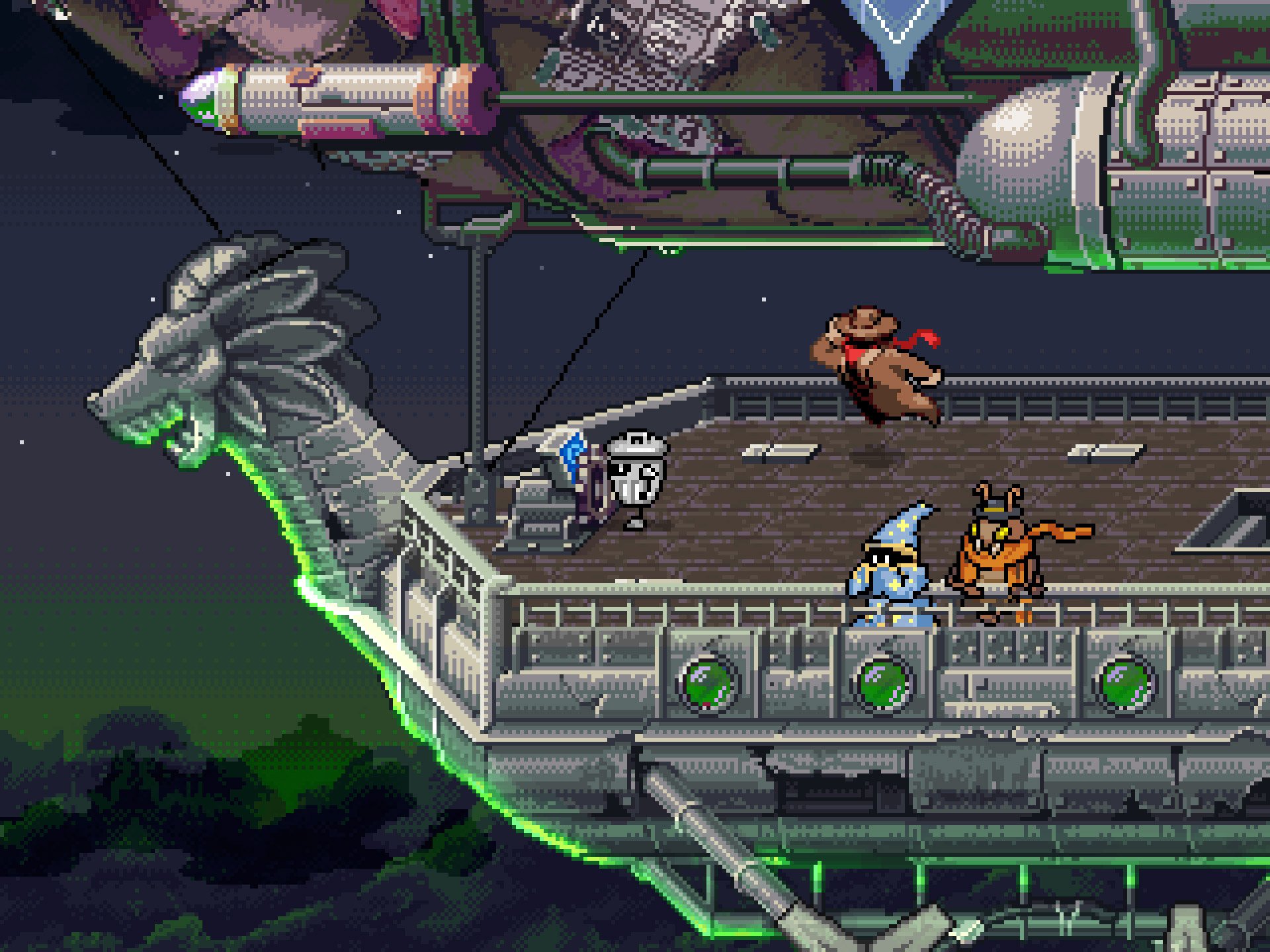 It lives! Kingdoms of the Dump, a ’90s JRPG throwback, first drew me in last year. Now it’s making a case for a modest crowdfunding drive on Kickstarter and looking better than ever. This game is still tantalizingly out of reach with a 2022 release date, but the concept feels more refined than before.

More than anything, I appreciate the attention to detail in the world design. This is a setting I want to fully explore, and that’s no accident. You’ll be able to jump and climb and swap between party members who all have different “on-field skills,” from scrapping loose junk to blowing open cracked walls.

As for combat, there aren’t random encounters (yes!) and you’re rewarded for correctly timing your button presses with critical hits and blocks (double yes!). Kingdoms of the Dump‘s turn-based battles operate on a tile system in which cleverly positioning your characters can make all the difference.

It’s also not every day that you see a video game with a trash-can knight protagonist.

The developers are hoping to release a demo featuring the battle system and field mechanics in 2020, run a beta test in 2021, and then polish and launch Kingdoms of the Dump for PC and Mac in 2022.

“We put together a small team to help us on this journey and we’ve been working toward this moment ever since. We are aware of the muck, the mire, the vast garbage ocean that is game development. With that in mind, the team has spent a good long while making sure our foundation was solid, and getting the systems built and in place so, with your help, we can hit the ground running.”

If the campaign is successful beyond the funding goal, the team is looking at bringing on Secret of Mana composer Hiroki Kikuta for a guest track (the $65,000 stretch goal) and doing console ports ($80,000).

Kingdoms of the Dump [Kickstarter]