This game was slept on

Kingdoms of Amalur slaps. That is all. 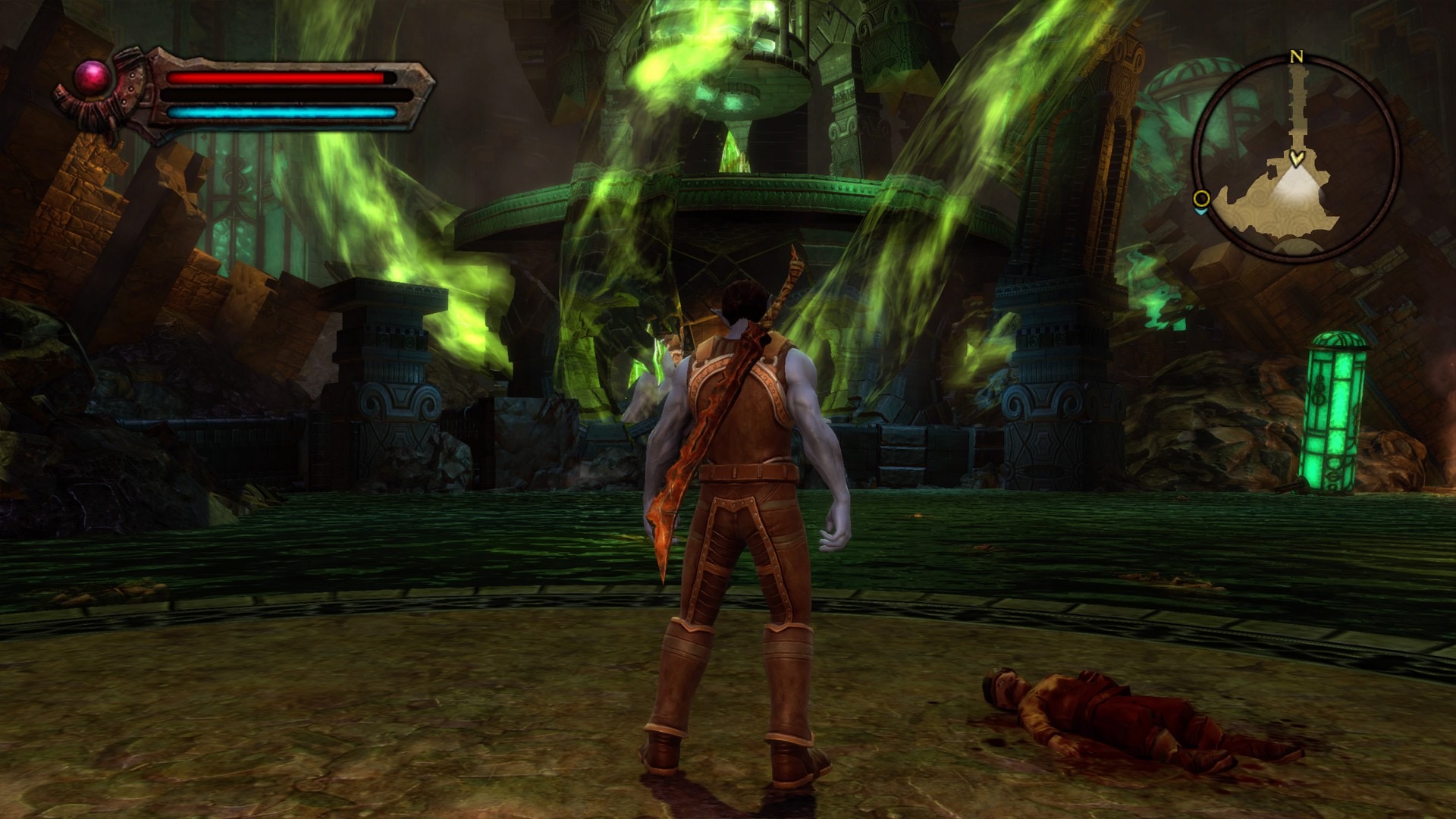 Upon playing the ludicrously-named Kingdoms of Amalur: Re-Reckoning this past week, it slowly came back to me just how much I enjoyed the original the first time around.

The raw talent (beyond the clown show of the investment angle) behind this game is insane. Key members of Amalur worked on heavy-hitting RPG franchises like Elder Scrolls and Dungeons & Dragons. Todd McFarlane was involved with the art. Famed composer Grant Kirkhope knocked it out of the park with the score. And it shows, despite being rough around the edges.

Amalur is so enduring because it isn’t too hung up on being an RPG. A swift, old school almost-PS2-like combat system is at the forefront, with the ability to quickly cancel into dodge rolls or blocks. Combos and launchers are entwined into the action foundation, as is the power to adapt into several builds: stealth, ranged, magic, melee, or a combination.

Amazingly, the “secondary” weapon slot is basically whatever you want it to be (the shield is separate!), so you can roll with a big sword as your primary and a set of stealth-killing daggers as your secondary. You also don’t need to manage arrows (that’s an arcadey meter that refills automatically) if you’re rocking a ranged build.

The lack of annoying holdups allows you to constantly dive into fights without sifting through menus to make sure you’re ready. That said, the inventory system is still very much a clunky afterthought. As far as the re-release goes, the game is stable, and the visuals aren’t a massive upgrade. It also features manual and auto-save functionality, with quick loads and the ability to skip cutscenes and dialogue. It doesn’t waste your time.

If you’re still wondering why I dig this game so much, you only need to take one look at my collection of PS2-era action games (read: basically all of them). Very few modern titles have managed to marry character action and a fantasy RPG setting. Fable tried, and often failed, for the better part of a decade. Amalur gets it right: providing a brand new world to get lost in that isn’t cloying or bloated.

It’s wild to think that at one point, this game was promoted by someone who was sued by the state of Rhode Island and had an “online pass” (remember those? No? Good!). But all of that is behind this series now. 38 Studios is long gone and THQ Nordic has the rights. I hope we get to see more of the world of Amalur, because it’s a universe worth revisiting.

One of my favorite RPGs in recent memory just got easier to replay. That’s a win.

[These impressions are based on a retail PS4 build of the game provided by the publisher. 8.0/10]