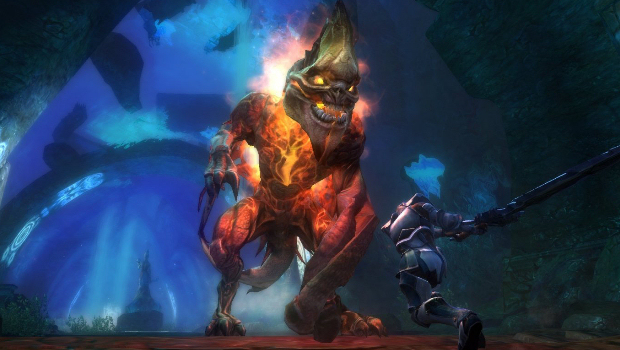 Kingdoms of Amalur was hailed by Electronic Arts as a success, partly responsible for the publisher’s strong first quarter financial results. Meanwhile, the folks that actually made it are in debt, and the financial future of 38 Studios is uncertain.

It’s become known that the studio owes the Rhode Island government $75 million, and this last month it missed the last payment. It’s now behind $1.25 million. For those curious, the $75 million was a controversial sum of money given to 38 Studios in order to get them to relocate from Massachusetts. The idea was that the developer would generate jobs and tax revenue in Rhode Island.

If 38 Studios can’t pay up, the taxpayers will be expected to dig everybody out of the hole. The public could be expected to shell out $112.6 million by the year 2020.

38 Studios has an Amalur MMO in the works, but given how crowded that sector is, I’m not sure it’s the guaranteed pot of gold it needs. In any case, this is yet another case of a studio that makes a successful game while still finding itself up sh*t creek. What a demented industry.