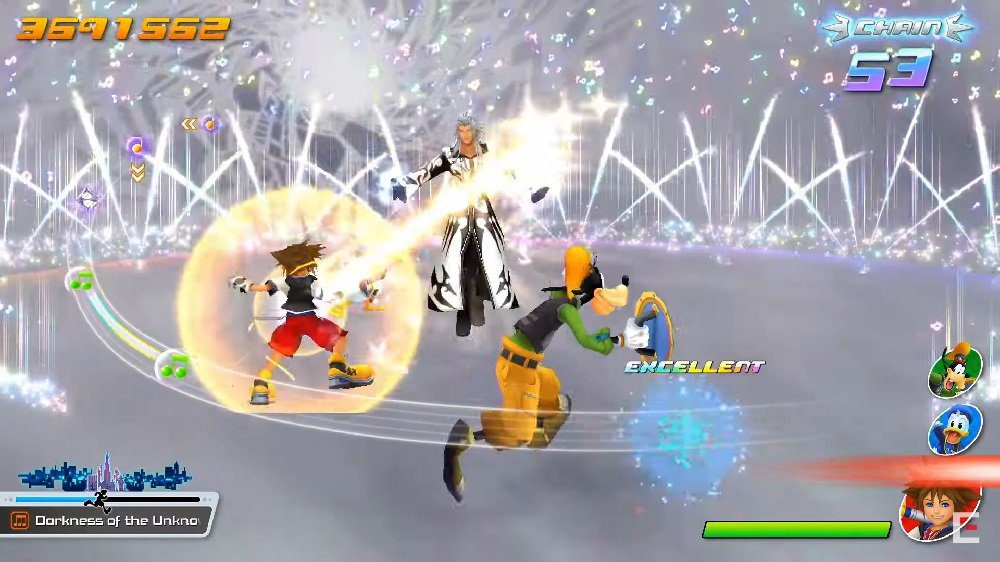 Square Enix has announced a new rhythm-action title set within the fantastical Kingdom Hearts universe. Kingdom Hearts: Melody of Memory is headed to PS4, Xbox One, and Nintendo Switch later in 2020.

Melody of Memory will see the Kingdom Hearts cast journey through several worlds, battling armies of Heartless to the beat of Yoko Shimomura’s sweeping score. A new trailer, which you can check out below, showcases Melody of Memory‘s interesting concept of blending traditional Kingdom Hearts gameplay with the track-based mechanics of music games such as Guitar Hero and Frequency. Final Fantasy Theatrhythm fans know the score.

Melody of Memory will feature over 140 tracks taken from both the Kingdom Hearts saga and Disney’s catalogue of classic movies. Square Enix promises a variety of playable characters, as well as a slew of guest stars from each world, such as Hercules and Aladdin. Players will be able to go it alone or battle it out online in Vs. multiplayer modes. It’s a really novel idea and one well suited to the series. I’m looking forward to seeing the complete track-list, fingers crossed for Poor Unfortunate Souls, right?

Kingdom Hearts: Melody of Memory will launch later in 2020 on PS4, Xbox One, and Nintendo Switch.