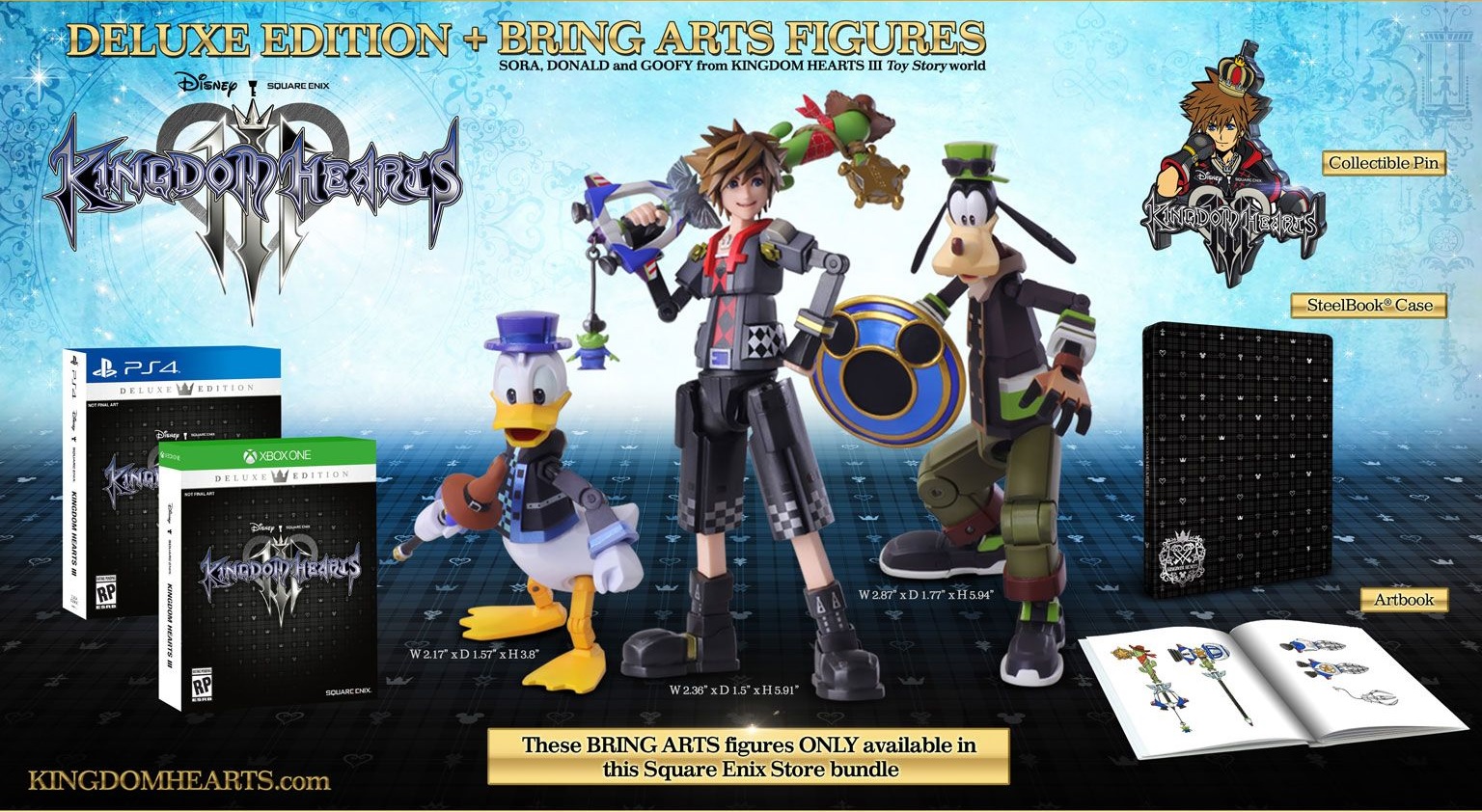 And a Disney Collector’s Pin!!!!

With Kingdom Hearts III being a reality that we can play next year, it was only a matter of time that Square Enix would get on the collector’s edition bandwagon. The standard deluxe edition (available now on Amazon) will be going for $79.99 and will include a steel book, artbook and Disney Collector’s pin.

The real magic is with the Square Enix store exclusive “Bring Arts” edition. That one comes with a couple of action figures based on the Toy Story world in-game and all the previous goodies. You can have a very blocky and chunky Sora, Donald and Goofy sitting on your shelf while you cry tears of joy for the possible end of a nearly two-decade-long series!

That action figure edition costs a whopping $229.99, though. I don’t think I’d pay that, but maybe Kingdom Hearts is your jam and you need this in your life. At least it will be available for both PS4 and Xbox One.