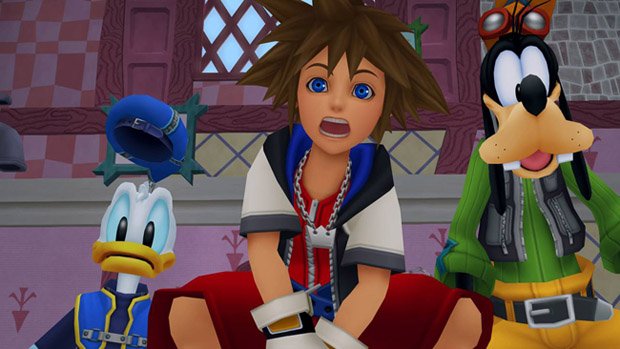 In a recently posted E3 interview conducted by Square Enix, Kingdom Hearts game director Tetsuya Nomura divulged that the original assets from the 11-year-old title had been lost. Because of this, the graphics for Kingdom Hearts HD 1.5 ReMIX had to be recreated from the ground up on the PS3.

“Kingdom Hearts 1 was created a long, long time ago, so actually the original data was missing already,” Nomura said. “It was lost, so we had to research, and we had to dig out from the actual game what was available and recreate everything for HD. We had to recreate [the] graphics and it was actually not that easy.”

It’s actually pretty cool that the Kingdom Hearts team went to this much effort to bring the series into the high definition era. At this year’s E3, I was blown away by how visually striking the game is, and it turns out there was a pretty good reason why.

Now will somebody at Sega go dig out and rebuild Panzer Dragoon Saga’s assets? I think it’s time that game got the HD treatment.