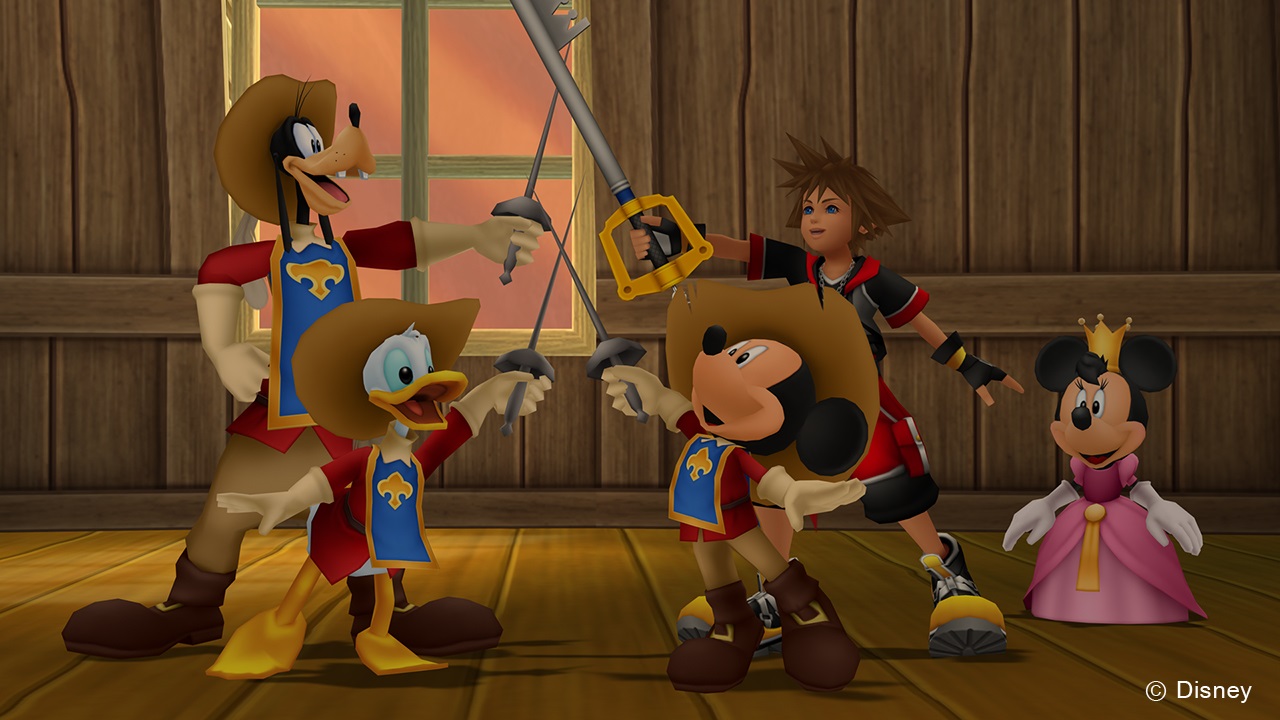 Don’t let its ridiculous name fool you; Kingdom Hearts 2.8: Final Chapter Prologue is an important installment in the Kingdom Hearts franchise. That’s because, no matter what it manages to accomplish story-wise, it’ll serve as a telling glimpse as to what Kingdom Hearts III will eventually end up like.

With that in mind, know that Final Chapter Prologue is a fantastic indication for the direction of Kingdom Hearts. Running on Unreal Engine 4 — the framework for Kingdom Hearts III — the action role-playing game nailed the whole action part. Jumping, air-dashing, and combat felt intuitive throughout the 20-minute demo I tried. Special moves were executed with ease as I took every opportunity to transform the protagonist Aqua into a whirling cyclone of destruction.

Final Chapter Prologue is a complicated thing. Actually, it’s a complicated three things. It’s part HD remake of the 3DS title Dream Drop Distance, it’s part movie to tie this entire arc together, and it’s part new content called Birth by Sleep — A Fragmentary Passage. The new stuff is what I played a fraction of.

Picking up after the events of Dream Drop Distance, Aqua is trapped in the Realm of Darkness. As she searches about Daybreak Town for five gears to move the clock on Cinderella’s castle, shadow minions called the Heartless have a penchant for frequently attacking. Toward the end, they teamed up to fashion a tornado of blackness, by far the most formidable foe in the demo.

While writing this preview, I did a fair amount of research to figure out the exact nomenclature for almost everything involved in this collection (including the name itself). In doing so, I came across gameplay videos of Dream Drop Distance on 3DS. The movement and combat looked clunky in that way that handheld games sometimes do. It seemed as if that’s a compromise people had to make in order to get the story they wanted.

Kingdom Hearts on PlayStation 4 isn’t like that. It plays like you’d expect a major series with big-name backing to play. It’s fluid and responsive and generally enjoyable. I have to think that the switch to Unreal 4 has a lot to do with this.

Even if it isn’t the long-awaited Kingdom Hearts III, the Final Chapter Prologue collection is the first new Kingdom Hearts video game content in more than four years. That counts for something too. Good will toward remakes only gets a publisher so far. This might be an adequate holdover for eager fans, just enough to wet their whistle.

Or maybe it won’t be. It’s tough to say because we don’t have much indication as to how involved A Fragmentary Passage will be. We just have demonstration that the gameplay seems as if it’ll work rather nicely. And, assuming that Kingdom Hearts III plays similarly, that’s good news for the future of this franchise.